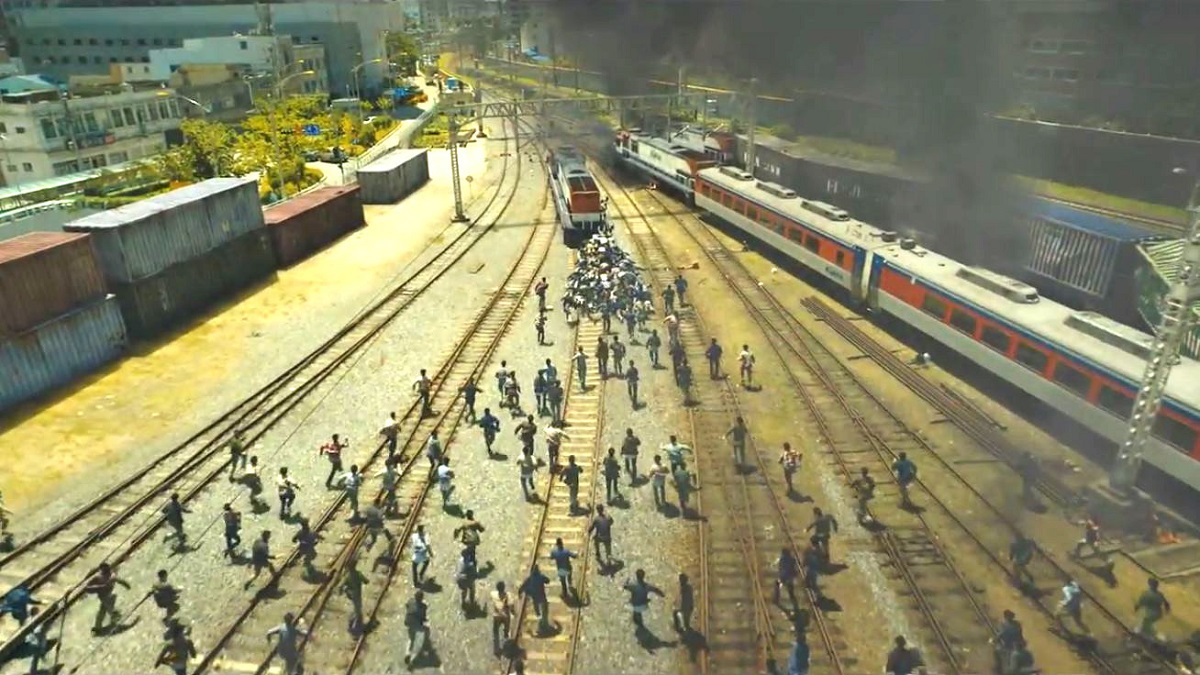 via Next Entertainment World

We’ve wearily become accustomed to any hit horror movie being rebooted, remade, or repurposed in one way or another, so it was with inevitable resignation gorehounds everywhere embraced the news Korean classic Train to Busan would be getting the Hollywood treatment.

Unless a minor miracle happens, the Stateside do-over isn’t going to come anywhere close to matching Yeon Sang-ho’s original, which instantly reached modern classic status. However, there’s one reason and one reason only why there could be cause for cautious optimism, with a Reddit thread remarking on Last Train to New York finding everyone in agreement that director Timo Tjahjanto’s presence behind the camera is enough to convince them the film could be worth a shot.

Having directed segments of horror anthologies The ABCs of Death and V/H/S/2, as well as incredible ass-kicking actioners Headshot, The Night Comes for Us, and recent Netflix smash hit The Big 4, the Indonesian orchestrator of impeccably-choreographed carnage is an inspired choice to slap a glossy fresh coat of paint on an original that it’s arguably nigh-on impossible to improve on.

That being said, Last Train to New York was initially scheduled for an April 2023 release before being pulled from the calendar altogether, so at this stage we’ve got no idea if it’s even going to happen or not. Tjahjanto also remains attached to a remake of Steven Seagal’s aquatic adventure Under Siege, so he’ll be dipping his toes into the choppy waters of studio filmmaking sooner rather than later, whether it’s Train to Busan V2.0 or not.