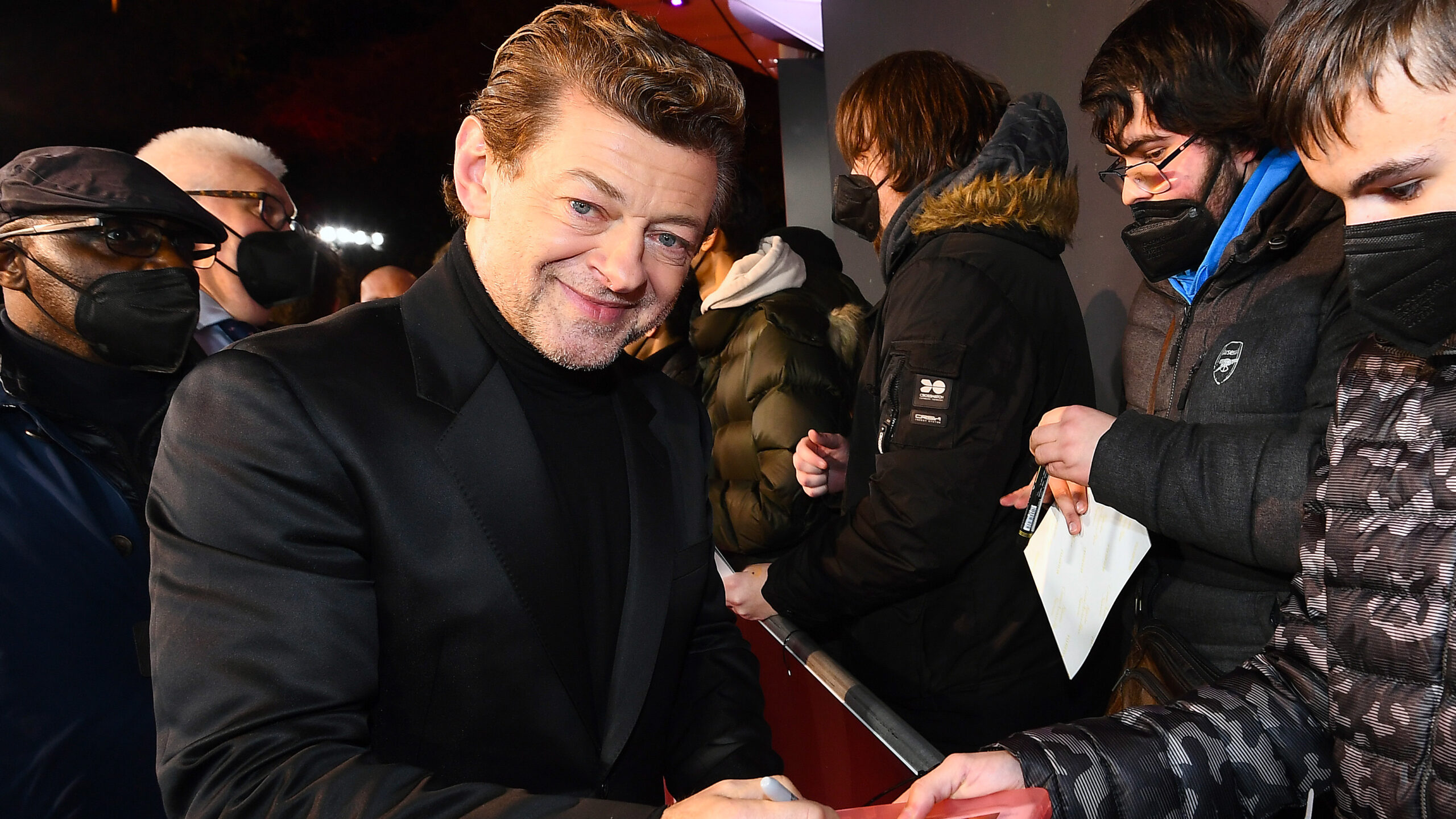 Fresh off of his recent turn as the ever-loyal Alfred in recent hit The Batman, Andy Serkis is serving up more goodness, this time behind the camera.

Deadline just announced that Serkis will direct feature film The Giant’s House, based on the 1996 Elizabeth McCracken novel of the same name, and adapted by Nick Hornby, he of High Fidelity fame. The Giant’s House is a story about librarian and “old maid” Peggy, and James, the world’s tallest man, who meet and embark on a love story that unfolds in unexpected ways.

The project might seem like an odd match for Serkis, given that he is best known for his character work in sci-fi and fantasy films such as the Lord of the Rings franchise, Black Panther, and Star Wars, and his most recent directorial project was Venom: Let There Be Carnage. But Serkis made his directorial debut with 2017’s Breathe, an Andrew Garfield and Claire Foy-led drama about real-life couple Robin and Diana Cavendish, who faced life head-on after Robin was left paralyzed from contracting polio. So Serkis is no stranger to the romance genre.

Production house Wildgaze, the studio behind An Education and several Hornby book adaptations including A Long Way Down, will produce the flick along with Jonathan Cavendish, who co-runs Imaginarium Productions with Serkis.

Tragically, still no word on that Sméagol biopic. Will we ever know what he did in that cave for 500 years before Bilbo came stumbling in and mucked it all up? We guess not.