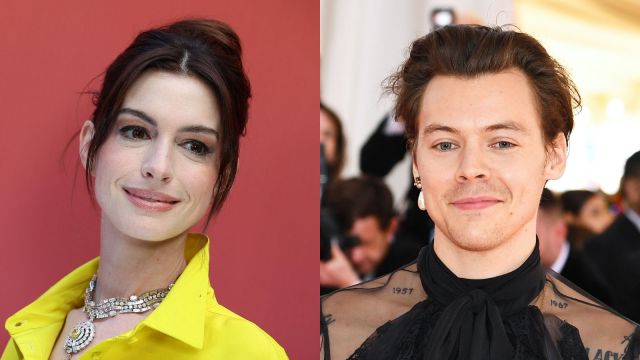 Never, ever say Hollywood is out of ideas, as fanfic surrounding Harry Styles is now set for the screen with Anne Hathaway to star.

Per Entertainment Weekly, Hathaway is set to star in an adaptation of The Idea of You, a book written by Robinne Lee. The story follows a 40-year-old divorcee, who goes to Coachella with her daughter before falling madly in love with a Harry Styles-esque boyband member named Hayes Campbell, from One Direction-esque group August Moon.

“It was supposed to be a story about a woman approaching 40 and reclaiming her sexuality and rediscovering herself, just at the point that society traditionally writes women off as desirable and viable and whole.”

The film is set to be directed by The Eyes of Tammy Faye’s Michael Showalter, with Hathaway to also serve as a producer alongside the author and Cathy Schulman, Gabrielle Union, Kian Gass, Eric Hayes, and Jordana Mollick.

Believe it or not, this isn’t the first Harry Styles fan fiction to get turned into a feature film: 2019 saw After release, which is soon to have its fourth film come out, starring Josephine Langford and Hero Fiennes Tiffin, in Sep. 2022.

The film will begin production in October, with no confirmed release date as of yet. Whether Harry Styles will end up playing Hayes Campbell is also surely something being discussed, with the singer now having successfully crossed over into an actor.