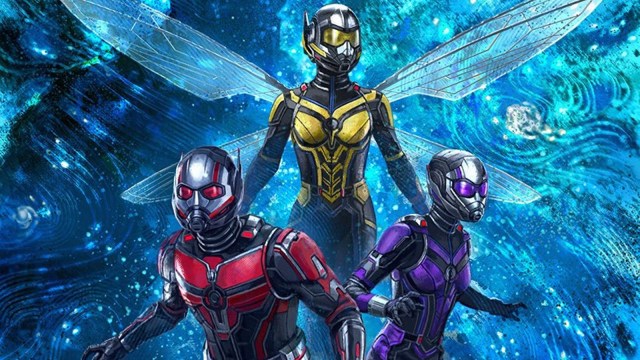 It’s fair to say that Jonathan Majors’ Kang has grabbed much of the attention so far when it comes to Ant-Man and the Wasp: Quantumania, but let’s not forget about the film’s eponymous heroes. On top of setting up the arch-antagonist’s role in Avengers: The Kang Dynasty and Secret Wars, Ant-Man 3 will also be bringing a trilogy’s worth of character development for Scott Lang and Hope Van Dyne to a close. And Evangeline Lilly is teasing a little of what we can expect from the Wasp’s next flight.

While speaking to ScreenRant, the Lost star revealed that Quantumania will live up to its name by digging deeper into Hope’s complicated relationship with the Quantum Realm, which is the source of a lot of trauma for her, seeing as it’s where her mom Janet (Michelle Pfeiffer) was imprisoned for decades. Lilly promised that Hope has a “beautiful” arc to come in the movie that’ll explore her vulnerabilities:

“That is a significant story point for Hope in this film. It definitely brings up a lot of emotion for Hope, knowing that she had lost her mother for so long to this place, and that she really doesn’t know anything about it. It’s actually a beautiful question that drives to the heart of Hope’s struggle and vulnerability in the film.”

While the first two Ant-Mans were a lot of fun, it’s fair to say the hype for Quantumania is much higher given how it’s instrumental in teeing up the MCU’s next big event. Likewise, director Peyton Reed has stressed that it will change the franchise forever. Nevertheless, we wouldn’t want the movie to lose its focus on its characters in the process so Lilly’s comments are an encouraging indication that Scott and Hope will remain at the center of the storyline.

Lilly’s on-screen dad Michael Douglas will similarly be back as Hank Pym, while Kathryn Newton takes over as Scott’s daughter Cassie. Bill Murray’s also making his Marvel debut as an eccentric citizen of the Quantum Realm, going by the trailer that was shown to the folks at Comic-Con. Ant-Man and the Wasp: Quantumania will officially kick off Phase Five when it shrinks into cinemas on Feb. 17, 2023.