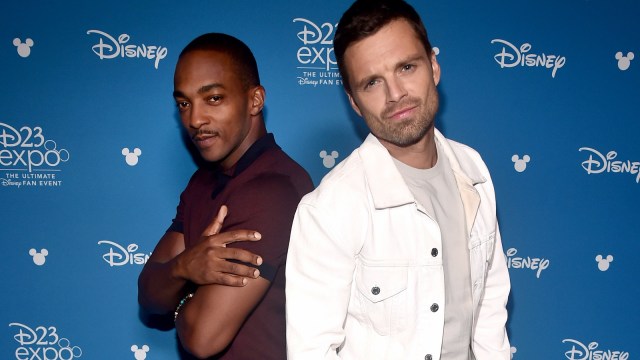 Yesterday’s Marvel Studios presentation at the D23 Expo dropped a ton of major bombs regarding the upcoming slate of film and television projects, but one of the biggest surprises revolved around a casting decision that wasn’t announced. It looks as though the MCU’s favorite bromance might be on hiatus, with Sebastian Stan’s Bucky Barnes being announced for Thunderbolts, but not Captain America: New World Order.

Ever since Anthony Mackie’s feature-length debut as the new Cap was announced, virtually everyone was expecting the latter half of “Choclachino and Sexy Seabass” to play a major supporting role. While several new additions to the ensemble were revealed, including Tim Blake Nelson returning as the Leader to pay off a tease made way back in 2008’s The Incredible Hulk, the lack of Stan left stans stanless.

As you’d expect, Mackie wasn’t too happy about the development either, and there was more than a hint of jealousy in his comments to Variety following the D23 showcase, where he demanded that he be reunited with Chris Evans’ Steve Rogers, seeing as he’d been left in the lurch after Stan sided with Wyatt Russell’s John Walker instead.

“I’m highly upset that they put Sebastian in a movie with Wyatt and left me out. If Sebastian gets Wyatt, I should get Chris.”

Obviously, there’s no reason why Stan can’t end up appearing in both, even though Captain America: New World Order and Thunderbolts will be releasing less than three months apart on May 3 and July 26 of 2024. The duo were on fire throughout The Falcon and the Winter Soldier, so let’s hope schedules can be ironed out to see them reunited.