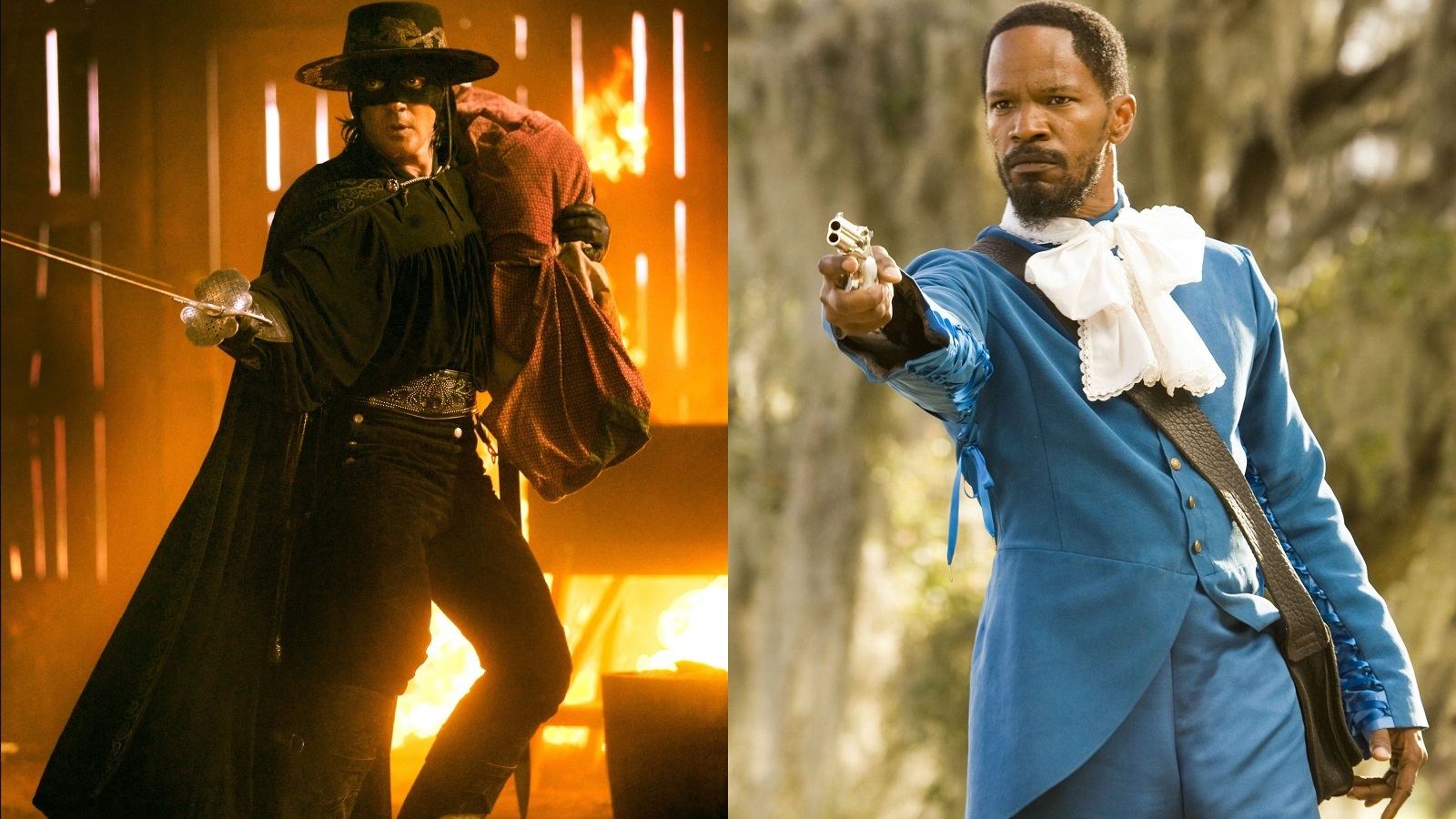 Quentin Tarantino talks about a lot of projects he’s working on that never end up getting made, and with the two-time Academy Award winner sticking to his guns about his next feature film being his last, we can forget about seeing them in live-action.

However, the writer and director has been dabbling in other forms of media recently, so perhaps we could see several of his abandoned efforts brought to life as novels, comic books, plays, scripted podcasts, or maybe even TV shows. Either way, one that any self-respecting fan would be desperate to experience is the crazy crossover that would have seen Antonio Banderas’ Zorro cross paths with Jamie Foxx’s Django.

The plot would have followed the comic book series of the same name, where Django Freeman encounters an older version of Diego de la Vega, with the two partnering up to bring the fight to corrupt officials and cement their reputations as folk heroes. It would have been wild to say the least, with Banderas admitting to USA Today that he’d have loved for it to happen.

“He just came up to me and I was like, “In your hands? Yeah, man!”. Because Quentin just has that nature to do those type of movies and give them quality. Even if they are based on those types of B-movies of the ’60s and ’70s, he can take that material and do something really interesting. We’ve never worked together, but it would be great because of him, because of Jamie Foxx and because of (playing) Zorro again when he’s a little bit older. It would be fantastic and funny and crazy.”

It would actually be apt for staunch cinephile Tarantino to bow out of the movie business by helming a crossover comic book adaptation that acts as two sequels simultaneously solely for how meta it would be, but we’re not feeling too confident about the meeting of Zorro and Django ever coming together.