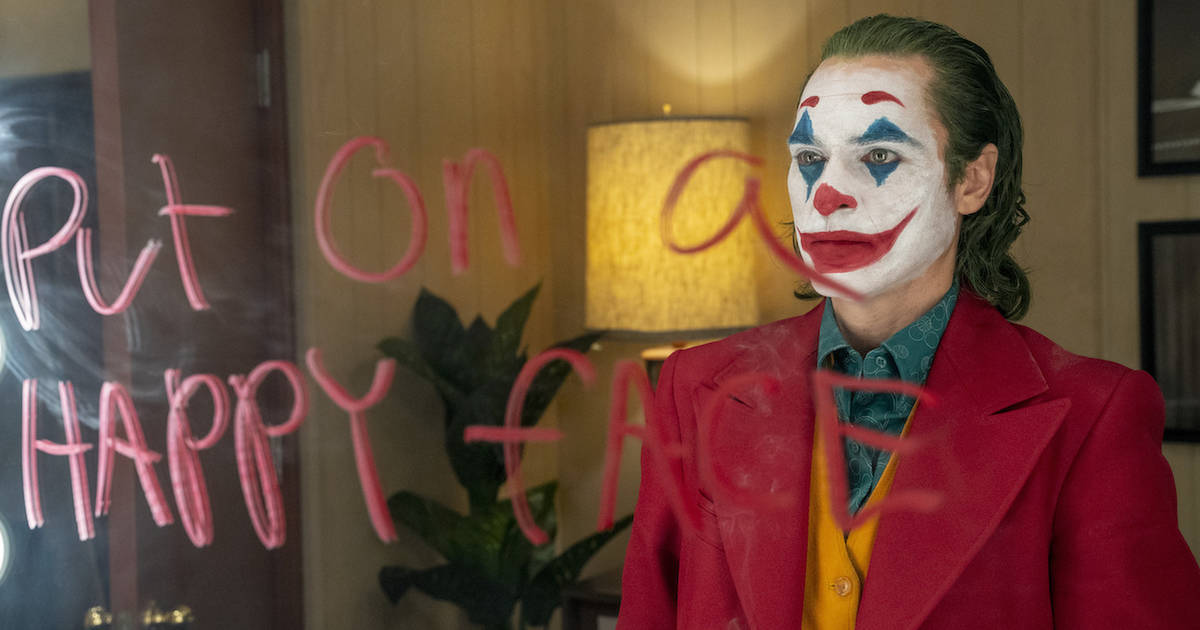 Warning: The following article contains spoilers for the 2019 film ‘Joker.’

There comes a point in many great fictional rivalries when someone starts a rumor that it’s all down to family. Perhaps it’s a new creative team, desperate for some undiscovered background, or it could be an inevitable throwback to the greatest and original sibling rivalry between Cain and Abel. Either way, some of the greatest enemies have eventually found themselves under a genetic microscope. It happened to Sherlock Holmes and his adversary Professor Moriarty, the Doctor and his Time Lord nemesis the Master, and now Batman and his arch-enemy the Joker are on the receiving end of the same examination.

When it comes to Batman and his legendary foe, the rumor of their shared DNA came recently from a highly successful adaptation, 2019’s Joker.

Joker is one of the Clown Prince of Crime’s highlights in a notorious and lengthy career. He’d had highs before, on the page and in movie theaters, but his scene-stealing appearances in 1989’s Batman or 2008’s The Dark Knight can’t beat the success of his standalone film.

Joker was the first R-rated film to gross over $1 billion at the global box office, ending 2019 as the sixth-highest-grossing film of the year. It went on to dominate award ceremonies.

The film received 11 nominations at the 2020 Academy Awards, an increase from the eight The Dark Knight received in 2009. The Harlequin of Hate strolled out of the ceremony with two statues, including Best Actor for Joaquin Phoenix, who also picked up recognition from the BAFTAs, Critics’ Choice Movie Awards, Golden Globes, and the Screen Actors Guild Awards.

The film received heaps of praise, but its dark and violent journey through mental illness also attracted criticism. This is rather unsurprising for the Joker’s first headline movie. Joker relocated its villain origin to the early 1980s, ensuring that Bruce Wayne was always near by. The film’s climax revisited the most prominent part of the Batman myth, tying Batman and Joker’s history together in a completely new way.

The Joker that emerges in his self-titled film is named Arthur Fleck. The name is new in Batman mythology, but the character maintains several traits from his comic book inspiration, including his history as an aspiring, if failing, stand up comedian in Gotham City.

In the film, a struggling Arthur is seen caring for his frail mother, Penny, who previously worked for successful businessman and aspiring politician Thomas Wayne, head of the influential Wayne family. Penny claims she and Wayne were once lovers, and that her attempts to seek financial support for their son, Arthur, were consistently rebuffed. The idea captivates Arthur and eventually prompts a trip to Wayne Manor, where his magic tricks entertain a young Bruce but fail to do the same for Alfred Pennyworth. The Waynes’ butler tells Arthur precisely what he thinks of his “delusional” mother.

Arthur’s later confrontation with Thomas Wayne reveals that Penny was once a patient at Arkham Asylum. It’s left ambiguous whether Penny truly suffers from delusional psychosis and a personality disorder, or if the story is all part of Wayne’s plan to discredit her. Arthur finds evidence to support both versions, but though nothing is ever proven, it ends badly for everyone.

At the time of the film’s release, writer-director Todd Phillips explained to Empire that he “liked leaving the idea of Arthur being Thomas Wayne’s son ambiguous,” and wondered what would change if Joker really was a blood relation of Bruce Wayne.

“Part of the movie is a search for identity,” Phillips said. “Arthur’s idea is to fit in and belong somewhere. So this idea of Arthur not knowing who his father is, where he came from, if he was adopted, what the story was, was another element in his search for identity.”

2019’s Joker does a lot of things, but one of the best is in allowing this version of Joker to indirectly cause the Wayne tragedy and the creation of Batman. Like 1989’s Batman, it’s a rare example of Batman and Joker being responsible for each other’s existence.

Batman and Joker don’t have a canonical family connection, but some great comic book storylines have explored their relationship in the years since they first met in 1940’s Batman #1. Key storylines exploring their polar opposition and impossible stalemates are included in Scott Snyder and Greg Capullo’s groundbreaking run, along with Alan Moore and Brian Bolland’s classic one-shot, The Killing Joke. The latter has been particularly influential over the years, and served as significant inspiration for several plot points in Joker, all the way up to its famously ambiguous ending.

Other takes have found fascinating and disturbing ways to tie the myth of the characters together. In Neil Gaiman’s Whatever Happened to the Caped Crusader, Alfred Pennyworth reveals himself to be Batman’s greatest enemy. As an ill-prepared Bruce Wayne struggles to fight crime in Gotham, increasingly damaging his fragile sanity, Alfred assembles a group of actors to pose as villains and boost Bruce’s self-esteem. With some well-applied make-up, he then selflessly took on the essential role of archenemy.

It may sound implausible that famous orphan Bruce Wayne has a sibling, but the comics have suggested he has an older brother several times.

In the DC multiverse, Thomas Wayne Jr. is a supervillain who takes on the persona of Owlman in that world’s Crime Syndicate. The character helped Alfred kill his brother and parents in Earth-3’s history, and eventually ended up on Earth-Prime during Snyder and Cappullo’s Court of Owls saga.

Appearing as new ally Lincoln March, he later claims to be the older Wayne child, trained by the Court of Owls to be the next Batman. As with Joker’s plot twist, it’s never confirmed that March is truly Bruce’s brother, but it does provide a hint that if Bruce isn’t an only child, he should be careful. Whether the risk comes from the Clown Prince of Crime or a Thomas Wayne from another Earth, Bruce had better watch his back.

As Joker director Todd Phillips put it, “Part of the fun is that question being out there.”