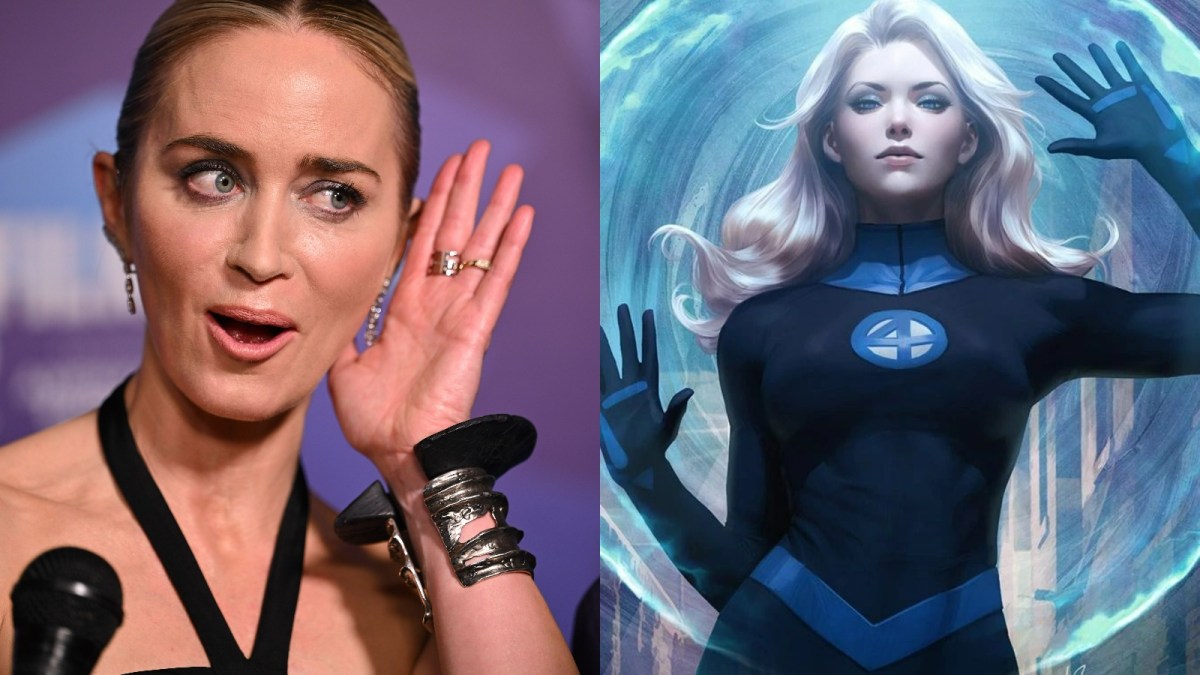 2022 finally made a long-held dream of the Marvel fandom come true in the form of John Krasinski stretching onto our screens as Mr. Fantastic in Doctor Strange in the Multiverse of Madness. At this point, though, we’re still not entirely sure if the Quiet Place veteran’s one-and-done appearance as Reed Richards will be it for his Marvel career, but the hope is still strong that his real-life wife Emily Blunt will turn up alongside him as Sue Storm/Invisible Woman in 2024’s Fantastic Four reboot.

And the rumors have only increased following Blunt stepping out into public recently and showing off her super-toned back muscles that heavily indicate she’s been hitting the gym hard lately, perhaps for a Hollywood action movie. While it’s too late to stop fans from getting themselves excited by the thought of Krasinski and Blunt teaming up on-screen again as Reed and Sue, it’s our duty — not our pleasure — to pour some cold water on this Human Torch-sized flame by reminding everyone of Blunt’s previous comments on joining the Marvel universe herself.

Unfortunately, they’re not all that positive. During an interview on Howard Stern back in May 2021, the host quizzed Blunt on all the Fantastic Four talk, which the actress stressed was just “fan-casting” as she’s never even “received a phone call.” Stern then point-blank asked if Blunt believes she’s “too good of an actress” and views superhero movies as “beneath” her.

Blunt was quick to quash this line of thinking, but she did make abundantly clear that the comic book scene is simply not her thing:

“It’s not that it’s beneath me. I love Iron Man and when I got offered Black Widow I was obsessed with Iron Man. I wanted to work with Robert Downey Jr.—it would’ve been amazing … but I don’t know if superhero movies are for me. They’re not up my alley. I don’t like them. I really don’t.”

Like Blunt mentions, she was Marvel’s original choice for Black Widow in Iron Man 2, before scheduling conflicts forced her to pull out, thereby allowing Scarlett Johansson to step in. While she was excited for that role, generally speaking superhero cinema is apparently not Blunt’s scene. That couldn’t be further from the truth for her husband, though, as Krasinski is much more amenable to being at Kevin Feige’s beck and call.

The best we can likely hope for, then, is for Blunt to appear in a multiversal cameo like Krasinski in MoM as it sounds like there’s little chance of her suiting up as Sue Storm full-time, even if her IRL other half does end up landing the gig. Matt Shakman’s Fantastic Four is scheduled for release on Nov. 8, 2024.