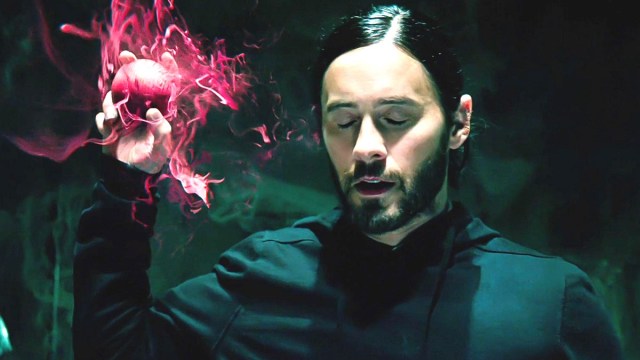 Sony Pictures had hoped 2022 would be the year of Morbius. Well, perhaps it is, though not in the way the company would have liked.

Morbius received terrible reviews, cratered at the box office (twice!), and has become a cinematic punching bag as the nadir of what a Marvel movie can be. The only field it succeeded in is as a meme, with the most famous line associated with it (“It’s Morbin’ time”) not even being spoken at all.

At long last, months on from the height of its online notoriety, the joke has gotten old. Netflix announced earlier this week that Morbius would be added to the streaming catalog and the general response from users is that they’re sick of the sight of a fanged and grumpy Jared Leto:

Some are just happy that Matt Smith is now starring in something actually successful, namely House of the Dragon:

But Smith did apparently try his hardest to make this disaster work:

Morbius certainly is ‘a movie’:

Others see this as devaluing their sub:

However, it seems that some might actually take the opportunity to settle down and check it out:

Anyone who watches Morbius won’t find much to love, as the end product was clearly cut to ribbons by the studio, and the plot doesn’t make a whole bunch of sense (especially so when Micheal Keaton’s Vulture turns up in the credits). The memes are by far the most entertaining thing about this movie, so just stick to reading people sarcastically praising it and posting funny gifs.

But, hey, show it enough love on Netflix and we might yet get Morbius 2: Into the Morbiverse.