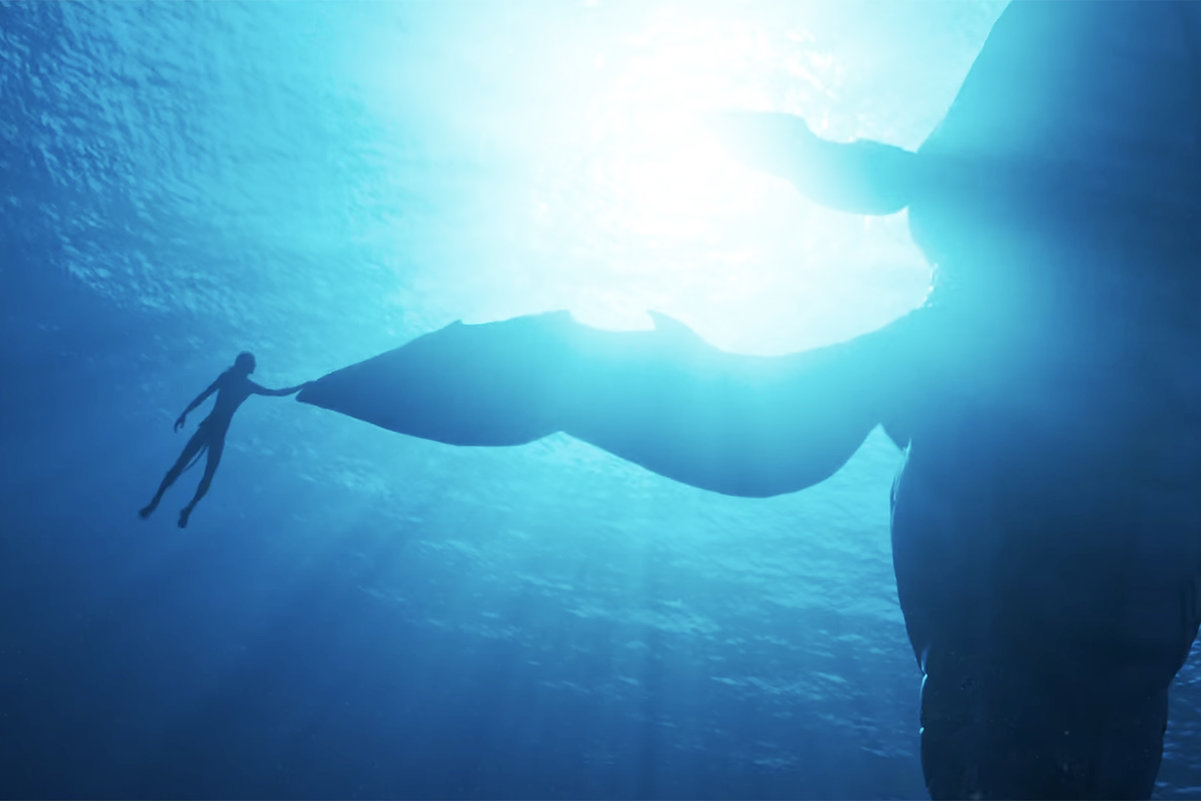 Avatar: The Way of Water will have a menagerie of new water creatures, three of which have been described by producer Jon Landau.

In an interview with Empire Magazine, Landau provided some specs on the critters that you may have seen in Avatar 2‘s teaser trailer or on Disney World’s “Flight Of Passage” ride. The most astounding of these is the cetaceous tulkun, which Jake fist bumps in the trailer. Landau described it as 300 feet long and extremely intelligent:

“The idea was to create a creature that was on the scale of Pandora. A tulkun is, like, 300 feet long. They are a sentient species and as intelligent in their own way as the Na’vi are in theirs.”

A smaller but speedier creature, which Jake can be seen riding in the trailer, is called a skimwing and is “like a giant flying fish but keeps its tail in the water.” The tail serves as its propeller, Landau continued. He also said that skimwings are favored steeds of the Metkayina water tribe, which “use them as their military mounts when they’re going into combat” since “they can go 60 miles per hour for endless periods of time.”

The last of these aquatic astonishers, the ilu, is a resident of Disney World’s “Pandora – The World Of Avatar” exhibit. Landau described it simply as “the water equivalent of a direhorse [the equine steed from the first film]” and friendlier than a skimwing.

Catch all of Avatar: The Way of Water‘s captivating creatures when the long-awaited sequel hits theaters on December 16, 2022.