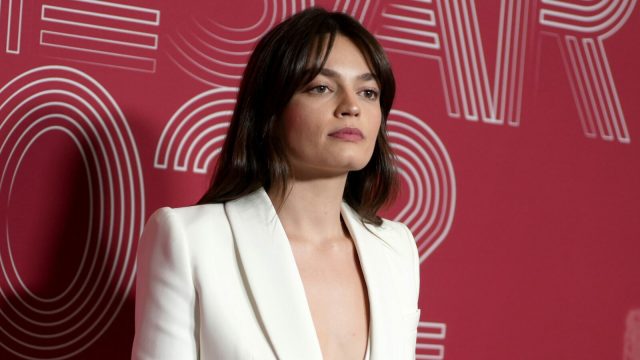 A Barbie world is coming to a cinema near you in the near future, courtesy of Warner Bros. and with Margot Robbie in the titular role. It also stars Emma Mackey, and, while she and her co-star look similar, Mackey says she’s ready to move past the sea of memes on the matter.

The 26-year-old makes comments about this and the project in a new article for Total Film. In the piece, she reveals their resemblance was partly why she was cast, Mackey thinks they look nothing alike, however, and while she doesn’t mind the comparisons, she hopes things change in the future where she can end up standing on her own as an entertainer in the media world.

“It’s just funny. I think Margot has had the grace and humor to be able to play on that, and allow me to be in the same film as her – bless her. It’s just a joke in real life. I’m like, ‘we don’t look anything like each other.’ I don’t mind. It’s Margot Robbie. Are you kidding me? She’s the best. I look up to her so much. I don’t mind comparisons. But it would be nice to move past.”

Later in the article, Mackey says the work is special, one of the best scripts she and her cast mates have read and things are going to be unexpected while still being comedic without drama. Mackey also says she got to work with some heroes, and, for her, director Greta Gerwig is one. She dreamed of working with her, and, apparently, things did not become a nightmare, and she met the hype.

“When that came along, I was like, ‘I need to audition for this.’ I was really excited because Greta’s my hero, and I adore her. Working with her has been everything I could have dreamed of.”

The Barbie movie comes out July 22, 2023. It also stars Ryan Gosling as Ken, Simu Liu as another version of Ken, Kate McKinnon, Michael Cera, Rhea Perlman, Will Ferrell as the CEO of Mattel and Hari Nef as another Barbie variant. The film has major production talent as well, as, recently, frequent Martin Scorsese collaborator and Oscar-nominated director of photography Rodrigo Prieto confirmed he is shooting the piece, and, perhaps surprisingly, the movie has an apparently powerful background.