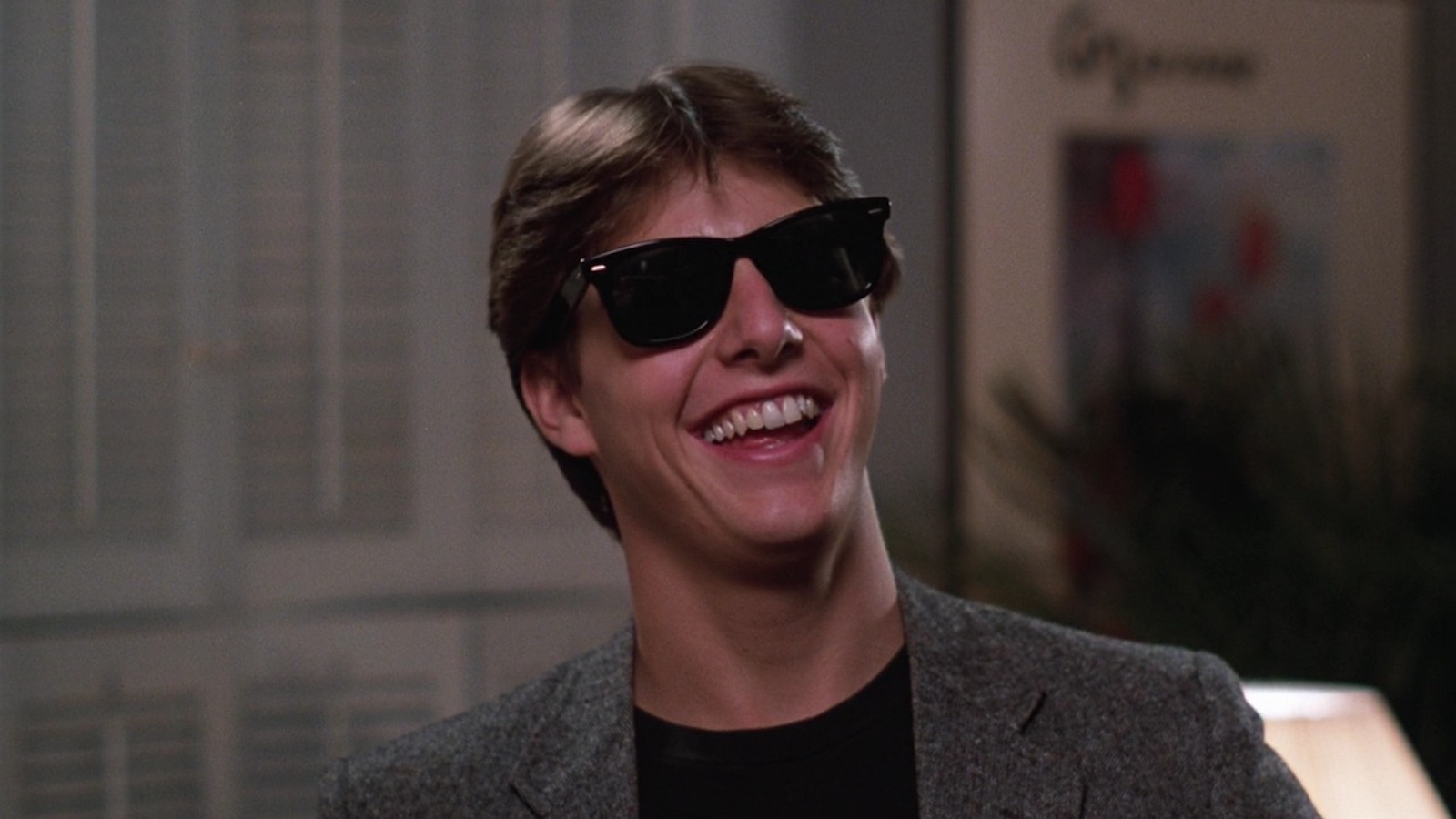 Tom Cruise has made a lot of movies, but which are the top guns?

Even as the age of the movie star has given way to the age of the IP franchise (Marvel, Star Wars, et. al), Tom Cruise has maintained his global status as a cinema icon. Even despite the public dubbing he’s taken over various personal issues throughout the years, Cruise remains on the Hollywood A-list into his fifth decade of acting. How does he do it?

The simplest explanation is that he makes quality movies, both as a star and producer of his own films, as well as a savvy chooser of directors. He has worked with Francis Coppola, Martin Scorsese, Oliver Stone, Stanley Kubrick, Brian DePalma, and Michael Mann, among others.

As we prepare for Top Gun: Maverick and next year’s Mission: Impossible – Dead Reckoning – Part One, we look back on the running man’s career and answer the question: what are Tom Cruise’s best films to date?

A Few Good Men is so earnest and melodramatic it plays almost like a comedy now. Cruise is a JAG lawyer who takes on a U.S. Marine Colonel (Jack Nicholson) who may be covering up a hazing incident gone wrong. Cruise is about as convincing as a kid playing dress-up in this movie, but the pacing is sharp and the courtroom scenes are gripping, mostly thanks to the back and forth between Cruise and Nicholson. Aaron Sorkin adapted the screenplay from his own stage play, and it is an early template for the verbose dialogue and heavy handed speechifying that would become his signature in shows like The West Wing and The Newsroom.

A Few Good Me was nominated for four Oscars, including Best Picture, and Supporting Actor for Nicholson’s indelible performance. It’s far from a great movie, but it remains very watchable, and Nicholson’s line “You can’t handle the truth!” has become part of the cultural lexicon.

American Made is a welcome return to light and breezy for Cruise after a clutch of heavy genre films. The film is based on a true story about Barry Seal, a pilot who worked for both the CIA and the Medellín Cartel in the 1980s. Of course, as such a situation might suggest, complications ensure for Seal as he tried to negotiate both partners.

Cruise leans on his patented charm and his million dollar smile in a way he hadn’t for years in American Made. The results are a funny and entertaining romp.

Everybody was shouting “Show me the money!” in the wake of this film’s release, not least Cruise himself, after Cameron Crowe’s romantic comedy Jerry Maguire became one of the top-grossing hits of the year. Cruise plays the titular sports agent who suddenly develops a conscience about the cut-throat business, leaving him with slim pickings for clients, the most notable of which is football receiver Rod Tidwell (Cuba Gooding Jr., who won as Oscar for the role.)

The heart of the movie is in the relationships between Jerry and Rod, as well as Jerry and Dorothy (Renee Zellwegger in her breakthough role), the young mother that captures Jerry’s heart and makes him understand what is important in this life. Zellwegger’s line, “You had me at hello,” became just as entrenched in the ’90s zeitgeist as “Show me the money!”

The sequel to Robert Rossen’s 1961 black and white classic, The Hustler, teams Cruise with Paul Newman, who starred in the original.

The Colour of Money again stars Newman as Fast Eddie Felson, a semi-successful businessman who is itching to get back around the juice of the pool hall hustle. When he discovers that Cruise’s character, Vincent, is a prodigy with a cue, he teams up with Vincent’s girlfriend (Mary Elizabeth Mastrantonio) to see if they can turn the kid into a shark.

Martin Scorsese’s one attempt at a conventional Hollywood feature starts out well, then sort of meanders to a conclusion. Once the master and apprentice dynamic between Eddie and Vincent is played out, The Colour of Money loses its sense of direction, not even providing a big showdown at the end. Still, the acting is superb. Cruise, with a shock of big black hair, isn’t afraid to play a callow idiot, and Newman remained one of the most natural and charismatic of movie stars even as he aged, winning his one and only Oscar for his performance.

Directed by Michael Mann, Collateral stars Cruise as Vincent, a hit-man with silver hair. Vincent, however, is not one of Cruise’s patented shallow jerks who learns the error of his ways. He’s a bonafide sociopathic assassin who hijacks an L.A. cab and forces the driver, Max (Jamie Foxx), to chauffeur him around L.A. so he can pick off the targets on his hit list.

Mann shoots the movie with an early high-definition digital movie camera that give the L.A. nighttime locations an effectively course and unfinished look, and while Collateral is not as thrilling a film as Mann’s L.A. crime opus Heat, it surely has its moments. Still, the heart of Collateral lies not in the action, but the mordant philosophical exchanges between the nihilistic Vincent and the self-deluding Max.

Cruise’s first collaboration with director Steven Spielberg (their second War of the Worlds would be hampered by Cruise’s famous antics on Oprah’s couch), Minority Report was hailed by critics with its rich story world and scary vision of the future in which a government agency, Pre-Crime, arrests and convicts murderers before they commit any crime. Cruise plays Chief John Anderton, a top Pre-Crime agent who must unravel the conspiracy that has him wrongly accused of a future murder.

Beautifully shot, staged, and designed by Spielberg and his crew, Minority Report has remained notable for its visionary look at the future, predicting such technological and political developments as domestic wiretapping and personalized advertising.

The idea that a two-character road trip drama without any VFX could become the highest grossing movie of 1988 seems incredible now, but Rain Man (directed by Barry Levinson) struck a nerve with audiences. Cruise plays another of his shallow jerks, a rare car dealer who kidnaps his autistic savant brother, Raymond (Dustin Hoffman), and drives him from Cincinnati to Los Angeles in the hopes of leveraging some of the substantial inheritance their father has left Raymond.

Dustin Hoffman got all the hype for this movie and deservingly won Best Actor for his convincing performance. Still, the character’s flat, emotionless line delivery and lack of eye contact means that somebody else needed to register all the big emotional beats for the audience, which Cruise does without ever trying to steal the show. Cruie and Hoffman are a great team, and their matchup created some famous moments, such as when Raymond learns how to drive, orders pancakes, and declares that “K-Mart sucks.”

Often described as Groundhog Day with aliens, Edge of Tomorrow stars Cruise as an officer with no combat experience who is forced onto the front lines of a D-Day-style assault against alien invaders entrenched in France. When he accidentally links up with the alien’s time-turning consciousness, he finds that he cannot be killed and must live the same day over and over until he and another soldier (Emily Blunt) can discover a way to conquer the enemy.

What could have been derivative and gimmicky is instead exciting and funny, as Edge of Tomorrow delivers inspired variations on a theme. True to form, Cruise is not afraid to play a very flawed character who only slowly learns to become an adequate soldier. Much of the fun comes from his character being endlessly slaughtered and humiliated. The extended climax is not as inventive as the rest of the picture, but overall you can’t ask for much more from a sci-fi action flick.

The Mission: Impossible movies are an outlier in franchise filmmaking in that successive installments have tended to get better, not worse, than their predecessors, so that the most recent entry, Fallout, is the best reviewed of the series, with Rogue Nation and Ghost Protocol slotting in just behind.

The key to the success of these Mission: Impossible movies is Cruise’s insistence on quality, on staging the best stunts in the industry, and on publicizing his own participation in those stunts. For Ghost Protocol, he famously scaled the world’s tallest building in Dubai. In Rogue Nation, he leapt onto the side of a speeding plane. In Fallout, he did a high altitude halo jump.

The seventh installment of the Mission: Impossible series, Dead Reckoning – Part One, doesn’t come out until next year and already the big stunt that has Cruise leaping a motorcycle off a cliff is being publicized. Given the way this series has gone, no one will be surprised if Cruise tops himself again with the finale.

Cruise had shown that he could act, turning in strong performances in movies such as Rain Man, The Color of Money, and Risky Business, but his raw performance in Born on the Fourth of July as a young man coming to terms with new physical limitations (Kovic was paralyzed from the waste down by a bullet wound in combat), and ideological disillusionment about the United States’ conduct in the war, took his performance skills to a new level.

Director Oliver Stone had dramatized the hell of combat a few years earlier in Platoon, and so in Born on the Fourth of July he renders a harrowing depiction of the conditions for returning vets, as well as the turmoil that the war created on the homefront. Stone’s passionate filmmaking along with John Williams’ lush score make Born on the Fourth of July a moving experience, and Cruise’s performance at its center remains one for the ages.

It’s not always easy to pinpoint the exact moment an actor becomes a star, but with Cruise it was obviously the moment he slid across the floor in his skivvies and a pair of Ray Ban Wayfarers while lip synching to Bob Seger’s “Old Time Rock and Roll” in Risky Business.

Cruise plays Joel, a high school senior who is thrilled to have the house to himself while his parents are away. Make no mistake, shenanigans will ensue as Joel has to figure out how to earn enough money to pay for the damage he causes (he drives his father’s Porsche into Lake Michigan, among other things), while also getting himself through a Princeton entrance interview. His solution? Turn the house into a brothel with the help of a sex worker (Rebecca De Mornay)!

Beyond it’s setup, Risky Business has little in common with the the cheap party flicks and shallow teen sex comedies that deluged 1980s cinema. Written and directed by Paul Brickman, Risky Business is a thoughtful movie about the treacherous transition into adulthood and a scathing critique of the amorality of capitalism. One of the defining movies of the 1980s, Risky Business remains a touching coming-of-age story and a trenchant satire of Reagan-era values.