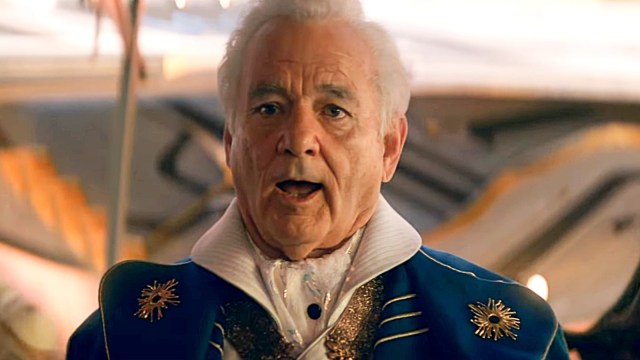 Bill Murray is not having a good year, public relation-wise, owing to a torrential storm of abuse accusations that have become public following some of his behavior resulting in the halting of a movie’s production earlier this year. That’s why many Marvel Cinematic Universe fans were understandably baffled why a trailer for the forthcoming Ant-Man and the Wasp: Quantumania prominently featured the actor.

The actor allegedly kissed and straddled a younger woman while filming the Aziz Ansari movie Being Mortal, resulting in his $100,000 settlement to the woman for sexual harassment. Though Murray claimed he was only acting in jest toward her, she understandably didn’t understand the joke, and the story about this incident has sparked several other celebrities to share their horror stories about Murray.

One commentator correctly assessed that Murray’s MCU appearance has come at the “Worst possible time” for him.

Another Twitter user called it “insane” that Marvel Studios would release the threequel’s trailer in its current state, given all of the allegations against Murray.

Mind you, this all comes more than a decade after Murray’s ex-wife, Jennifer Butler, filed for divorce and made allegations against the actor in 2008, including divorce documents that claimed he had “hit her in the face and then told her she was ‘lucky he didn’t kill her,'” as Far Out reported.

Another Twitter user utilized a meme to summarize the fanbase’s sometimes-blind loyalties.

It was baffling for one individual that the Ant-Man and the Wasp Quantumania trailer chose to showcase the Ghostbusters star, considering everyone from Geena Davis to Lucy Liu and Richard Dreyfuss — and many more — has accused Murray of abusive behavior in recent months.

While the appearance of Jonathan Majors was a welcome one in the Quantumania trailer for one fan, it may not have been enough to overcome the “Cringe” of featuring Murray.

Another Twitter user correctly pointed out Murray was accused of throwing a child-age Seth Green into a trash can, among other allegations.

Pending any boycotts that might arise from the public’s distaste for Murray’s appearance in the movie, you can check out Ant-Man and the Wasp: Quantumania in theaters on Feb. 17, 2023.