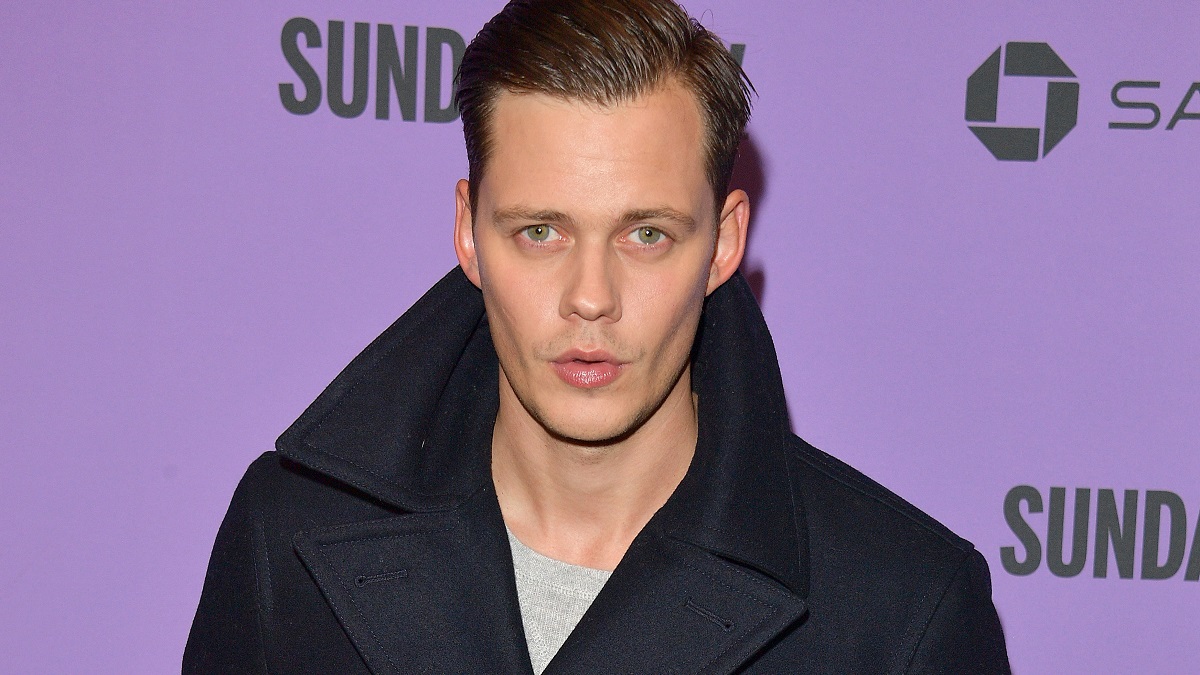 Under most circumstances, the first-look image at an upcoming dystopian action thriller produced by Sam Raimi would be something you’d be happy to share with the world, but Bill Skarsgård has gotten himself into a huge PR disaster after rushing to make amends for a social media faux pas regarding Boy Kills World.

Seeking to emulate his brother Alexander as the most ripped member of the Swedish acting dynasty, director Moritz Mohr’s high concept feature stars the former Pennywise as Boy, a mute who escapes into the jungle after his family is murdered, where he ends up being trained by a mysterious mentor in the ways of ass-kicking.

It was Skarsgård himself who shared the image on his social media channels, but he must have gotten ahead of himself, because he almost immediately deleted the offending snap and then urged his followers not to re-post it on their own timelines. Clearly, he’s got absolutely no idea how the internet works.

No offense to the actor, but is this his first day on Twitter? Asking people not to do something is like waving a red flag directly in front of a bull, and we don’t need to tell you what the first hundred or so results are if you search “Boy Kills World” at this very moment in time.

At this stage, they’re as well abandoning the useless attempt to put out the fire, because it’s not exactly hard to find. On the plus side, we’ve got the sneaking suspicion Skarsgård’s publicist might have a stronger grip on his Twitter feed from now on.