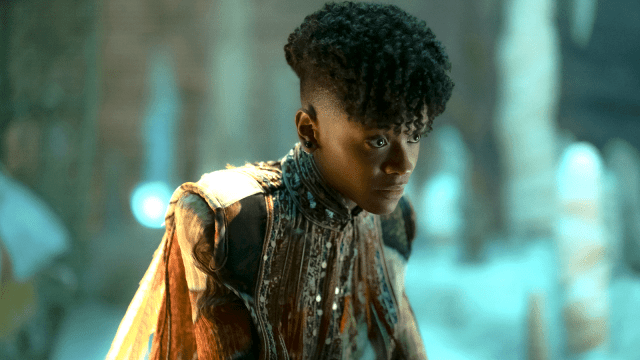 We’re about a month out from arguably the biggest movie of this year, with Black Panther: Wakanda Forever hitting cinema screens on Nov 11.

With a runtime comparable to the MCU’s big event-style films such as Avengers: Endgame, the speculation and hype is ramping up to discern who will be taking up the mantle of Black Panther with T’Challa out of the picture following Chadwick Boseman’s passing.

This has led to some heated discussions and trailer dissections to unpack any little hint as to who is going to be stepping up, to the point where one Redditor, u/MichaelMyersHwloween, has made quite the proclamation.

This is quite reminiscent of an occasion in which Polygon’s entertainment editor Matt Patches declared he would eat a shoe if a Top Gun sequel were ever made, which was a promise Paramount reminded him of, and he actually made good on.

We know T’Challa and Boseman’s passing will be acknowledged by the film before a new threat to Wakanda arises and the nation will be in need of a new protector. The final few frames of the latest trailer show that someone is going to take up the mantle, but it is unclear as to who that will be.

Shuri is a somewhat obvious pick, being T’Challa’s sister, but u/MichaelMyersHwloween thinks T’Challa’s lover, Nakia is more deserving of the role. While we can also see the title of Black Panther being shared between the two, playing into Boseman’s irreplaceability and that no one person will ever be able to fill his shoes, the film could also go down the route of passing it on to an individual.

Matt Patches followed through on his shoe meal when Top Gun: Maverick came to fruition, let’s see if this random Redditor puts up if this prediction comes to fruition. We’ll find out next month.