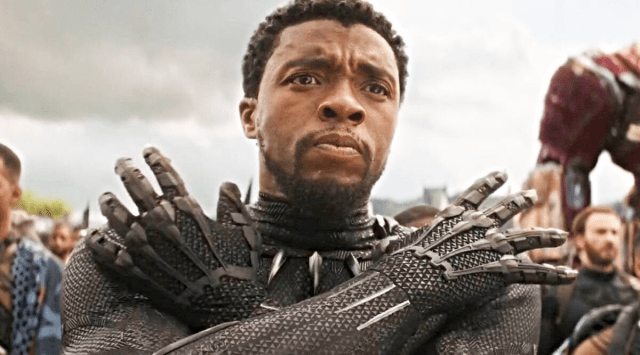 Black Panther: Wakanda Forever director Ryan Coogler isn’t avoiding one of the most painful aspects of the film’s upcoming premiere — the death of Black Panther star Chadwick Boseman has hung heavy on the project since before filming began, and Coogler freely admits that his friend and star actor was a complicated individual.

Early reports of Black Panther: Wakanda Forever seem to show it on track for becoming yet another Marvel superhero blockbuster and there’s no question that a key element of that success was the cast and crew rallying around the memory of Boseman — the franchise’s lead — until his untimely death from cancer in 2020.

“Chadwick was so unique of a person that it’s actually hard to understand him if you had never met him or had a chance to see him work,” Coogler told Variety. “He really was the most unique person that I’ve ever met.”

The fact that Boseman was battling colon cancer — diagnosed in 2016 — all through the filming of the original Black Panther was unknown to the entire cast and crew, including Coogler. “I didn’t put the dots together,” Leticia Wright, the actor who plays T’Challa’s sister, Shuri told Variety. “Bro was very private. He wanted to always protect us. That’s all I can say.”

“Chadwick’s smile was big like a Cheshire cat, but when he became T’Challa, the smile got small — you wouldn’t see his teeth,” Coogler says. “She [Wright] was the only actor who would get him to smile as Chad.”

The relationship proved to be a starting point for Coogler’s new script for the sequel he was forced to write after Boseman’s death made the original script impossible to film. “Where we started was this idea of who would be the most affected by his loss,” Coogler says. “Shuri had never known a day without him. He’d always been there, so she would be the most unmoored by him passing away.”

Angela Bassett — who plays Wakanda’s Queen and mother of T’Challa — revealed that visiting Boseman’s final resting place with Coogler and Wright as well as many others from the cast and crew was a grounding moment. “We’re going to do this movie. We’re going to do it in his memory. He is still with us. And when times get rough — as they will, as they did — we are going to be as strong and resolute and resilient as he was.”

Black Panther: Wakanda Forever will be released in theaters on Nov. 11.