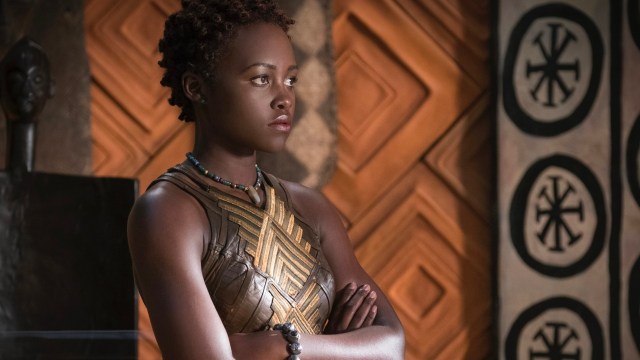 The big twist ending featured in Black Panther: Wakanda Forever was actually foreshadowed long before that epic mid-credit reveal, but you probably missed it.

During the mid-credit scene of Wakanda Forever, it’s revealed that the late King T’Challa (the much-mourned Chadwick Boseman) actually had a child with Lupita Nyong’o’s Nakia, who is called Toussaint, AKA Prince T’Challa II (Divine Love Konadu-Sun). For many, that was an emotionally uplifting moment that was quite needed for a movie that was full of unbearable losses, including Boseman’s T’Challa himself. However, the young heir and grandson of Angela Bassett’s Queen Ramonda was actually featured in a blink-and-you-miss-it moment much earlier in the movie.

In the film, Ramonda visits Nakia in Haiti. When she arrives, she’s greeted by several children. One of those children accompanies Ramonda as she goes to meet with Nakia. It turns out that this child was none other than Toussaint, but the film did not spell that out when the scene unfolded. Presumably, Nakia formally introduced Ramonda to her grandson Toussaint in a moment that happened offscreen.

If you’ve seen the movie and you need a refresher about where in the plot we’re talking about, it is the conversation Ramonda has with Nakia in order to recruit her to infiltrate the underwater realm of Talokan so she can rescue Letitia Wright’s Shuri and Dominique Thorne’s Riri Williams, AKA Ironheart.

Later on in the film, Ramonda tells Shuri that she has a secret about T’Challa that she wants to tell her. But before she can divulge that secret to Shuri, Ramonda tragically gets killed in an attack by Tenoch Huerta’s Namor. However, Shuri soon finds out for herself about Toussaint after she ceremoniously burns the garment in a private beach bonfire in Haiti.

After Shuri burns the clothes as part of the ritual, and memories of Boseman’s T’Challa come rushing into her mind, the young Toussaint and Nakia greet her on the beach and reveal the existence of her nephew. It’s a hopeful note for the movie to end on after Shuri lost pretty much her entire family.

Black Panther: Wakanda Forever is now playing at a theater near you.