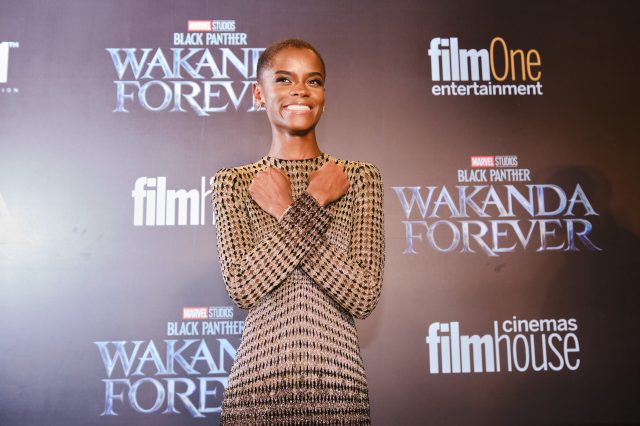 As the release of Black Panther: Wakanda Forever approaches, the film is already making history.

The highly anticipated sequel to Black Panther had a momentous debut on November 6 at Filmhouse Cinemas IMAX Lekki in Lagos, marking the first time a Marvel movie has ever held a premiere in the Nigerian capital.

Marvel and The Walt Disney Company partnered with the Africa International Film Festival (AFRIFF) and FilmOne Entertainment to organize the landmark event.

“We are excited and proud to be a part of the premiere of this milestone film here in Africa. This is huge for the continent of Africa as it symbolizes to us further bridging the gaps between the global film industries.”

The co-founders of FilmOne Entertainment Kene Okwuosa and Moses Babatope described their excitement about the collaboration in a joint statement.

“Being instrumental to the release of Black Panther: Wakanda Forever in West Africa is a proud achievement and a milestone for us and the entire FilmOne team; it will be celebrated for a long time.”

The film tells the story of how the Wakandan monarchy navigate the fate of the nation after the demise of King T’Challa (Chadwick Boseman). Check out our guide on what to watch before seeing the sequel.

The global release of Black Panther: Wakanda Forever is on November 11, 2022.