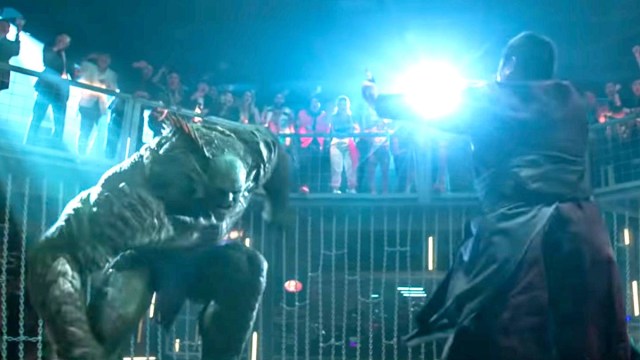 Last year’s Shang-Chi and the Legend of the Ten Rings was always going to be a breath of fresh air for the Marvel Cinematic Universe, but arguably the biggest surprise in the movie came from the most unlikely of sources.

If you’d approached someone beforehand and told them that fans would be going nuts over seeing Benedict Wong’s Sorcerer Supreme taking on Tim Roth’s Abomination as part of an underground cage fighting circuit for superheroes, you may have been asked if you were feeling okay.

Of course, Destin Daniel Cretton’s fantasy martial arts comic book blockbuster delivered the good and then some, with the unexpected scrap between the stern overlord of Kamar-Taj and the franchise’s second-ever big bad set to be revisited once more in an upcoming episode of She-Hulk: Attorney at Law.

We only saw a tantalizing glimpse of that MMA-inspired MCU brawls, but Redditors have been daydreaming about which contests they’d love to see unfold in the future, and some of the suggestions range from inspired to absurd.

For whatever reason, Thor and WandaVision‘s Darcy Lewis going head-to-head with Guardians of the Galaxy Vol. 2‘s Taserface is the top-voted comment at the time of writing, but we have to admit it’s made us curious. Other candidates range from Tobey Maguire vs. Tom Holland vs. Andrew Garfield in a battle of the Spider-Men to Kamala Khan’s mother and father taking on Drax the Destroyer and Scott Lang respectively.

Why? We’ve got no clue, but it just goes to show how much bizarre thought is being put into the conversation.