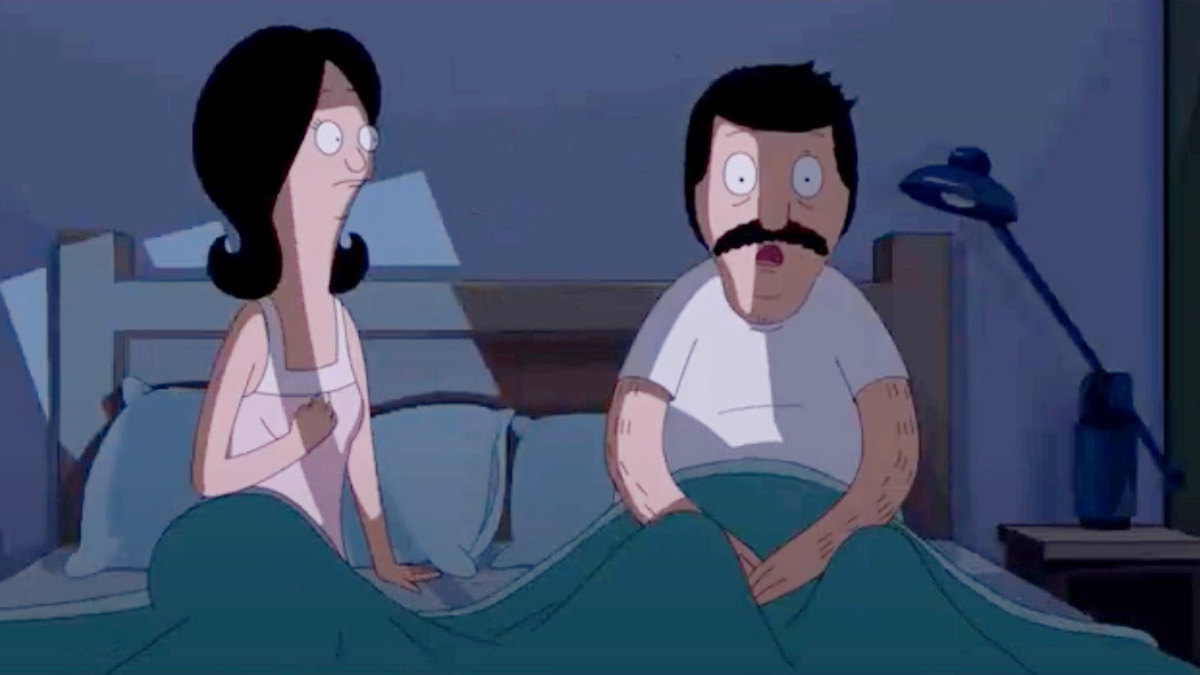 The Bob’s Burgers Movie finally premieres this Friday, May 27, and ahead of the release, 20th Century Studios has revealed yet another clip from the Belchers’ big-screen debut featuring a so-called “Droopy Bob.”

By now, you may be aware that the plot of the movie involves a sinkhole opening right in front of the restaurant — however, leading up to that development, Bob is once again struggling to keep his business afloat. But things seem to be notably more dire than a typical episode of the animated Fox sitcom this time from what we’ve seen so far, and in the new clip, the family patriarch seems to be succumbing to despair. Hence, Droopy Bob!

“I don’t know,” Bob says when Linda asks how her big guy is holding up. “I mean, I held it together in front of the kids during dinner, but I’m really worried.”

“It’s just that our landlord’s gonna go to prison,” he continues, seemingly referring to Kevin Kline’s Mr. Fischoeder. “The bank’s going to call in our loan, and they’ll take our restaurant stuff, and then we will live in a box on the street.” What he doesn’t know, which will likely be important later, is that Louise is eavesdropping on the dire conversation.

“Look, I know you’re Droopy Bob right now, but you know who else is in there? Dreamy Bob!” Linda reasons. “The guy who wanted to open a restaurant in the first place! Slap his name on it, make cuckoo, crazy burgers with wild ingredients, a new one every day!”

But when reasoning doesn’t work — finally, Linda has had enough.

“You know what you gotta do to Droopy Bob, right? You got to punch him in the nuts like this,” she says, delivering a nut shot. “I’m sorry, but you know what I’m saying, it’s like a metaphor — like this!” she says, slapping him again. “It’s not a metaphor if you actually do it!” shouts Bob.

So, in addition to supersized animation, fans can also expect that The Bob’s Burgers Movie is definitely going to earn its PG-13 rating. We’d expect no less from our favorite animated family.