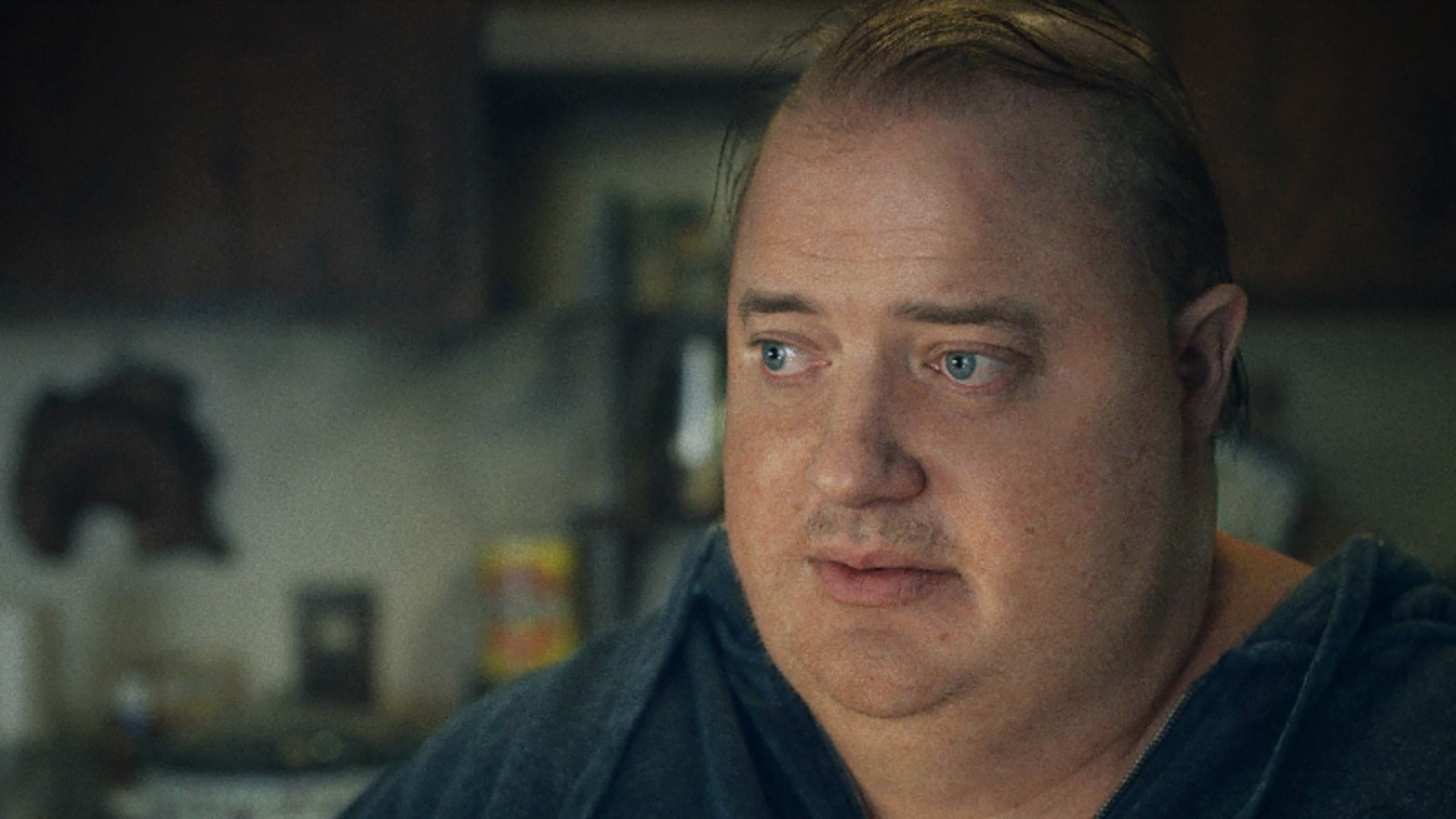 Leave it to Darren Aronofsky to already ruffle fan expectations by titling his next film about a morbidly obese man The Whale, with production company A24 releasing an absolutely unrecognizable Brendan Fraser in the main role.

The image of Fraser was released alongside a slew of other first-looks at various A24 films that are premiering at the 79th Venice Film Festival, including The Eternal Daughter and Pearl, starring Tilda Swinton and Mia Goth, respectively.

It may seem somewhat cruel to title a film about a 600-pound man after a multi-ton marine mammal, but Aronofsky has enough of a track record of portraying tragically flawed characters in a humanely sympathetic light — such as in Requiem for a Dream and The Wrestler — that we’re interested in seeing what kind of performance Fraser can bring to the role.

IMDb‘s synopsis for the film reads: “A reclusive English teacher suffering from severe obesity attempts to reconnect with his estranged teenage daughter for one last chance at redemption.”

The movie is directed by Aronofsky and written by Samuel D. Hunter. The Whale also co-stars Sadie Sink, Samantha Morton, Ty Simpkins, and Hong Chau, among others.

We Got This Covered previously reported that, while Fraser had been tight-lipped about the film, he teased this past fall that The Whale would be unlike anything we’ve seen before.

This is all part of what many fans consider to be Fraser’s Hollywood comeback, with The Whale marking his first leading role since 2013’s actioner Breakout, Variety reports. Fraser will also star as the main villain in the forthcoming DC film Batgirl, slated to hit HBO Max this year.

After The Whale’s premiere at the Venice Film Festival in late August / early September, the film is expected to be released to the public later this year.