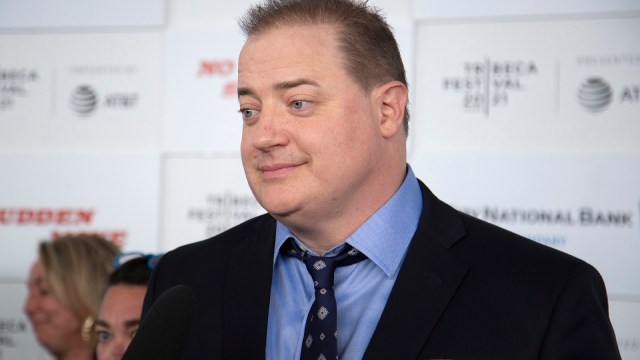 Brendan Fraser is getting a lot of buzz for his role in The Whale, but he took some time to reflect on why he wasn’t happy that the Batgirl movie won’t be getting released. It was announced on Aug. 2, 2022, that Warner Bros. Discover CEO David Zaslav decided to kill the DC million for a tax write-down and the internet erupted in conversation concerning it. The actor, who was set to play the villain Firefly, has opinions of his own.

In an interview with GQ, Fraser spoke candidly about his side of the story. He told how he asked his 18-year-old son Holden if he should do Batgirl or not, and he told him that he should and that the upshot is that superhero movies always win. That turned out not to be true, and Fraser expressed empathy for Batgirl star Leslie Grace in what would have been an amazing opportunity for her.

“I mean, she’s a dynamo. She worked really hard too. It was just heartbreaking that upper management could be so cold to just shitcan it for a tax write-off.”

Michael Keaton as Batman was set to appear in Batgirl as well, but his Dark Knight will return in The Flash movie, seemingly unaffected by the canceled movie. The FlashFilmNews Twitter account reported that Keaton’s presence in the movie will remain as originally scripted. Also, reportedly, The Flash didn’t undergo any significant changes despite re-shoots that took place over the summer.

With all the changes going on at DC Studios, it’s unclear how all of this will come together for the cohesive universe it’s going for. Guardians of the Galaxy filmmaker James Gunn and producer Peter Safran will lead the film, TV, and animation division for DC Studios. Gunn will focus on the creative side and Safran will handle the business and production.

Gunn has dropped a few hints at characters who might be popping up in the DC films at one point or another, including Deadman and Mr. Terrific, but firm plans have yet to be announced.