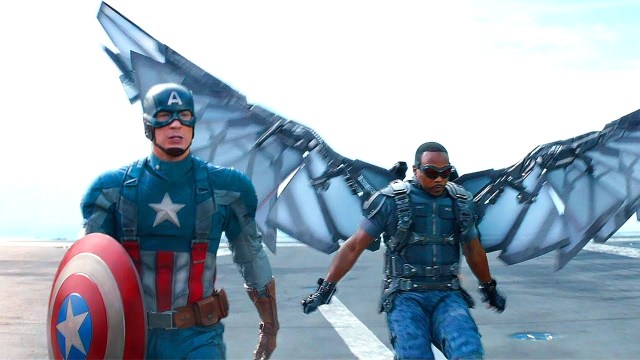 Chris Hemsworth may have become the first actor to headline four solo Marvel Cinematic Universe blockbusters, but in terms of characters, he’ll be joined by a certain star-spangled Avengers when Captain America: New World Order hits theaters on May 3, 2024.

Chris Evans’ three outings as Steve Rogers were major critical and commercial successes, so Anthony Mackie stepping up to the plate to inherit the shield brings huge personal and professional pressure on the actor in more ways than one. Yesterday’s D23 Expo revealed some brand new details about the film, including the surprise return of The Incredible Hulk‘s Tim Blake Nelson as the Leader, with director Julius Onah dropping even more information during an interview with ComicBook.

“Look, he is in a new position stepping up to be the leader as Captain America. That’s going to be a new set of challenges for him, and in this story, a big part of his journey is, how do you define that leadership? That’s the thing he hasn’t had to deal with just yet. As the Falcon, he was always there supporting the rest of the team, but now he’s the man leading the team, and I think that’s going to be a really exciting journey to go on with him.”

Mackie might be disappointed that Sebastian Stan won’t be joining him (at least not yet), but Onah went on to tease that the freshly-minted Cap is going to have so much on his plate that he won’t have the time to worry about the absence of his best buddy.

“There’s a lot we’re going to bring to the table. And this is a new set of challenges and a new set of adversaries. I love classic paranoid thrillers and that’s a big part of the inspiration of this film. We want to find an action that is grounded and tactile and give him new things to do that we haven’t seen in those other films, and I don’t want to spoil too much, but let’s just say that we are planning some really, really exciting things.”

The First Avenger, The Winter Soldier, and Civil War are held in high regard by MCU fans, so let’s hope that Onah, Mackie and the rest of the team can deliver a suitably worthy successor in New World Order.