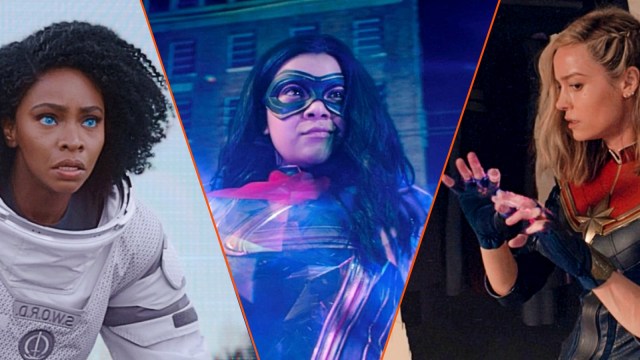 Next year, Brie Larson, Teyonah Parris, and Iman Vellani will unite in The Marvels to the delight of trolls on the internet everywhere. Others returning include Samuel L. Jackson’s Nick Fury, but now, a Captain Marvel star has revealed they will not be back for more.

McKenna Grace played a young Carol Danvers in the first installment, and revealed in an interview with ComicBook that she has not gotten a call to return to the MCU. Grace was speaking to the outlet to promote her new film A Friend of the Family, and says it would be cool to come back if ever she gets the chance, as it would be something which would mean a good deal to her.

“Oh, my gosh, I wish. That would be so cool. I’ve always wanted to do a Marvel film. I did do Captain Marvel, but I have not come back since. And if I do, I will be honored. Hey, that’d be cool.”

Grace’s A Friend of the Family premieres on Peacock Thursday. The Marvels, on the other hand, comes out July 28 of next year. Larson has also said in recent interviews the experience was one where she learned a lot from Vellani, specifically the sheer amount of Marvel trivia the younger actress knows.

The cat playing the alien Goose will be back in the next chapter, too, and Larson previously revealed she experienced a lot of discomfort on set when she was put into wire rigging for some of the sequences where her character is carrying out action or just flying around.