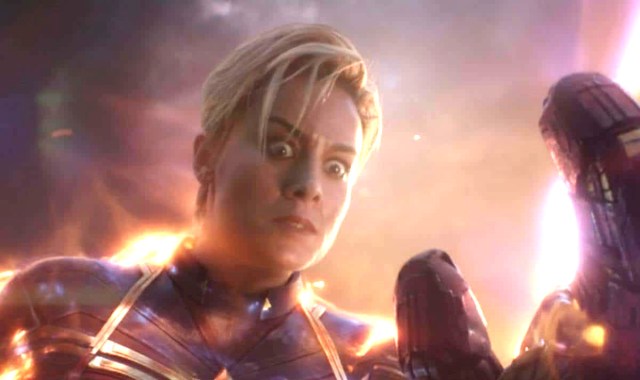 Another day, another does of Marvel Cinematic Universe musings, scuttlebutt, and speculation. Those with an aversion to Brie Larson may take perverse joy in discovering what made the actress so uncomfortable shooting The Marvels, while the sequel’s director Nia DaCosta admitted she wasn’t completely sold by a contentious scene from Avengers: Endgame. Elsewhere, Blade gets rumored for the period piece treatment, and fans rally round one of the Marvel Studios era’s most useless heroes.

Brie Larson reveals The Marvels discomfort, but at least she stayed offline

In an ironic twist of fate that sums up a certain section of the internet’s relationship with Brie Larson in microcosm, the Academy Award winner and MCU mainstay called out her detractors last week, which instantly increased the volume of the social media backlash against her. Thankfully, her most recent uncomfortable moment has nothing to do with furious keyboard warriors, but rather the increase in time she spent strapped into a wire rig on the set of The Marvels to be flung around in front of a green screen with reckless abandon, leaving us to wonder if she’ll get the CGI hair treatment again like she did in Avengers: Endgame.

The Marvels director doesn’t care for the assembly of A-Force, and she’s not alone

The infamous A-Force scene from Avengers: Endgame continues to prove polarizing, and we can now add the franchise’s filmmakers to that list. The Marvels director Nia DaCosta admitted that she was left “annoyed” by having all of the franchise’s most prominent heroes unite for mere seconds of screentime, in a moment that felt so tacked on they may as well have winked at the camera for posterity before riding into battle side-by-side.

An intriguing new rumor emerged over the weekend, claiming that the upcoming Blade reboot will be a period piece that unfolds between 1900 and 1980. Even though Mahershala Ali’s Daywalker has technically already debuted via offscreen voice cameo in Eternals, there’s no reason why the two-time Oscar winner’s long-awaited solo movie can’t see him slice and dice his way through the first eight decades of the last century. If anything, it would instantly establish the film as being completely unique in the grand calculus of the MCU’s multiverse, and allow it to operate freely from the pesky clutches of ironclad canon.

Memes aren’t exactly a barometer of truth or widespread opinion, but it also isn’t far-fetched in the slightest to claim that Kevin Feige’s disdain towards the Inhumans becomes increasingly obvious every time the Marvel Studios head honcho hammers another nail into their canonical coffin. In a turn up for the books that nobody saw coming, though, fans have rallied right behind Anson Mount’s Black Bolt to praise the character for his badass skill set and awe-inspiring abilities. Of course, having had his head blown up from the inside out in Doctor Strange in the Multiverse of Madness, it’s a little too late to be singing his praises.

Don’t forget to check back tomorrow for another regularly-scheduled roundup of the day’s biggest Marvel-related talking points.