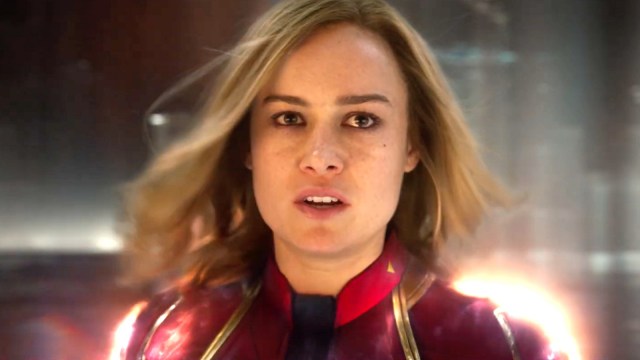 Will Brie Larson ever be able to catch a break from social media trolls? Based on the events of the past couple of days, we’re going to say no.

Despite tearing the roof off the D23 Expo by taking the stage to showcase first-look footage from The Marvels alongside director Nia DaCosta, as well as co-stars Iman Vellani and Teyonah Parris, it was an interview given afterwards that generated the biggest and most vociferous reactions online.

The Academy Award winner jokingly asked if anyone even wanted her to return as Captain Marvel when asked how long she envisioned herself playing the role, and then we were off to the races. Then, Larson fired back at her detractors by calling them out on both Twitter and Instagram, and as you can imagine, that’s only opened up the floor to even more positive and negative responses being bandied around online.

Given that The Marvels is poised to make huge money at the box office when it hits theaters next year, and Larson is keeping herself plenty busy with film, television, podcasting, and her various other enterprises, a little backlash from a vocal minority is hardly going to knock her off her stride.

And yet, it’s hard to think of many high-profile stars to have generate such polarizing sentiments from the masses, something that dates right back to the buildup to Captain Marvel. At the end of the day, the 32 year-old is a young, successful, motivated, and driven Oscar winning A-lister who plays a superhero, so it’s difficult to imagine she’ll be losing much sleep over the latest chapter in the never-ending saga.