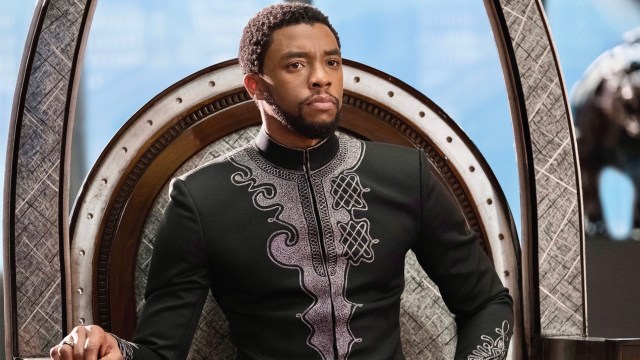 As one of the most anticipated films of the year, Black Panther: Wakanda Forever has had more than a lot of hype to live up to. Besides finding a way to top its acclaimed predecessor, the sequel has had to adapt with the death of Chadwick Boseman. For Ludwig Göransson, the film’s composer, honoring Boseman with music ultimately changed the entire direction of the score.

In an exclusive interview with Screen Rant, Göransson opened up about the challenges of having to incorporate the familiar sounds of the first film, while leaving room for new music that isn’t solely tied to the image of T’Challa. Having been introduced to the initial script featuring Boseman’s character, shifting the sounds of the score after his death was not an easy feat.

The evolution of it was very different because when I read the first rendition of the script, Chadwick was in it. T’Challa was in it. So, I was starting to imagine, “How are we going to take these themes [and] move forward? But then the tragic passing of Chadwick happened, and I started to think, “There’s so many sounds and instruments and themes that are tied also to his character in the first movie. I don’t even know if we’re going to be able to use them again. Because it has to feel right. All these sounds, all these themes and all these instruments, they have such an emotional weight. As soon as you hear the talking drum, you think about T’Challa. So, that was the big challenge.

From the trailer, many of the elements of the original film’s score are still very much prevalent in the sequel, which is sure to heighten the viewer’s experience and uphold the legacy of T’Challa. The musical offerings of Black Panther: Wakanda Forever are already on the receiving end of praise. From Nigerian singer Tems’ cover of “No Woman No Cry” to Rihanna’s comeback single “Lift Me Up,” the music has served to honor Boseman. The soundtrack album was released on Nov. 4 to critical acclaim and features a wide range of artists.

T’Challa’s theme has also been modified for the sequel, adding more elements to create a more evolved sound befitting the circumstances. Göransson also worked with more natural and Mayan musical instruments to incorporate the underwater storyline of Namor and his people. For many, the music of the new film will no doubt point to T’Challa and Boseman, and Göransson’s score alterations will also find a way of honoring the returning and new characters.

Black Panther: Wakanda Forever and its accompanying score album will both be released on Nov. 11.