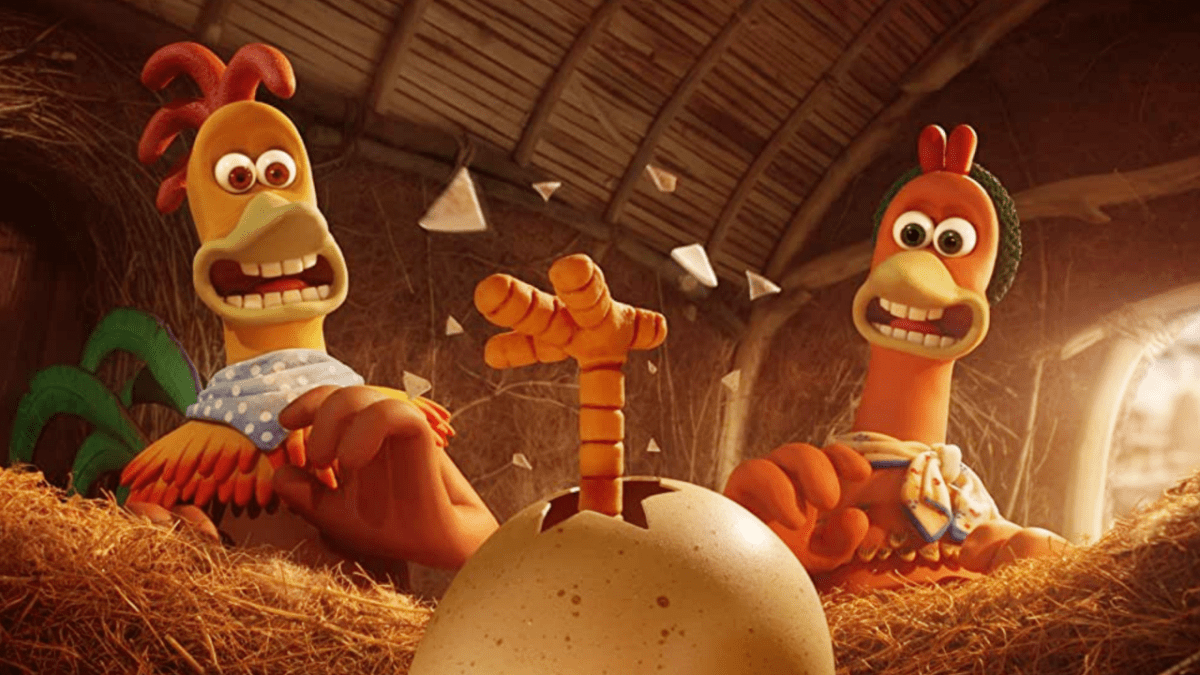 The wait is over: the sequel to the catastrophically underrated Aardman Animations’ film Chicken Run is finally coming to a screen near you. If you’re one of the millions dying to know what happened to our favorite chickens after they pull off an escape from their farm, you’re in luck.

The 2000 animated film, a collaboration between Aardman and Dreamworks, was Dreamworks’ most successful film until a little tale about an ogre came out the following year. Chicken Run is animated in Aardman’s signature style, via stop-motion using clay models, and is still the highest-grossing stop-motion film to this day. Despite its impressive success, Chicken Run is often forgotten when discussing late ‘90s and early 2000s animated films, overlooked by films like Aardman’s own Wallace and Gromit.

In the two decades since its release, Chicken Run still has a low-key cult following of sorts but even then, it came as a surprise when an upcoming sequel was announced. The sequel will be coming to Netflix as a partnership between the streaming giant and Aardman and will be titled Chicken Run: Dawn of the Nugget. Fans have been waiting for a follow-up to Chicken Run for over 20 years; how much longer will they have to wait?

Chicken Run 2 was first reported to be in pre-production in 2018, per The Hollywood Reporter, but little was known about the proposed sequel at the time. On the 20th anniversary of the film, Aardman announced the sequel officially would be released exclusively through Netflix, and production was expected to begin sometime in 2021.

There’s not much official information out about the sequel but it looks like we should expect the film to premiere in 2023. The film is still currently in production but the Internet Movie Database gives a tentative date of Nov. 10, 2023.

Fans of the first Chicken Run will want to know if they can expect any of the old cast to reprise their roles. Some of the previous cast will be returning to Chicken Run 2 but the two main stars will not be back.

Shazam star Zachary Levi will be replacing Mel Gibson as Rocky for apparent reasons but sadly, we won’t be seeing Julia Sawalha voice Ginger this time around. Shortly after the sequel was announced, Sawalha took to Twitter to update fans about the studio’s decision to not bring her back, citing ageism as the reason for her recasting. According to Sawalha, she was told her voice sounded “too old” despite not having the opportunity to do a voice test for the role.

Her replacement is Thandiwe Newton, an actress only four years younger than her but with more public recognition which makes us doubt ageism is the true reason Sawalha’s role was recast. Many fans criticized the decision to change actors, with many citing franchises such as Toy Story and The Simpsons using the same actors for over two decades.

Some actors will be returning; Lynn Ferguson (Mac), Imelda Staunton (Bunty), and Jane Horrocks (Babs) will all be back. There are also four new characters, Dr. Fry, Fetcher, Nick, and Frizzle, who will be voiced by Nick Mohammed, Daniel Mays, Romesh Ranganathan, and Josie Sedgewick-Davies, respectively.

The cast so far:

While we wait for this long-awaited sequel, why not dust off the VHS of the original Chicken Run and introduce these brave chickens to a whole new generation.