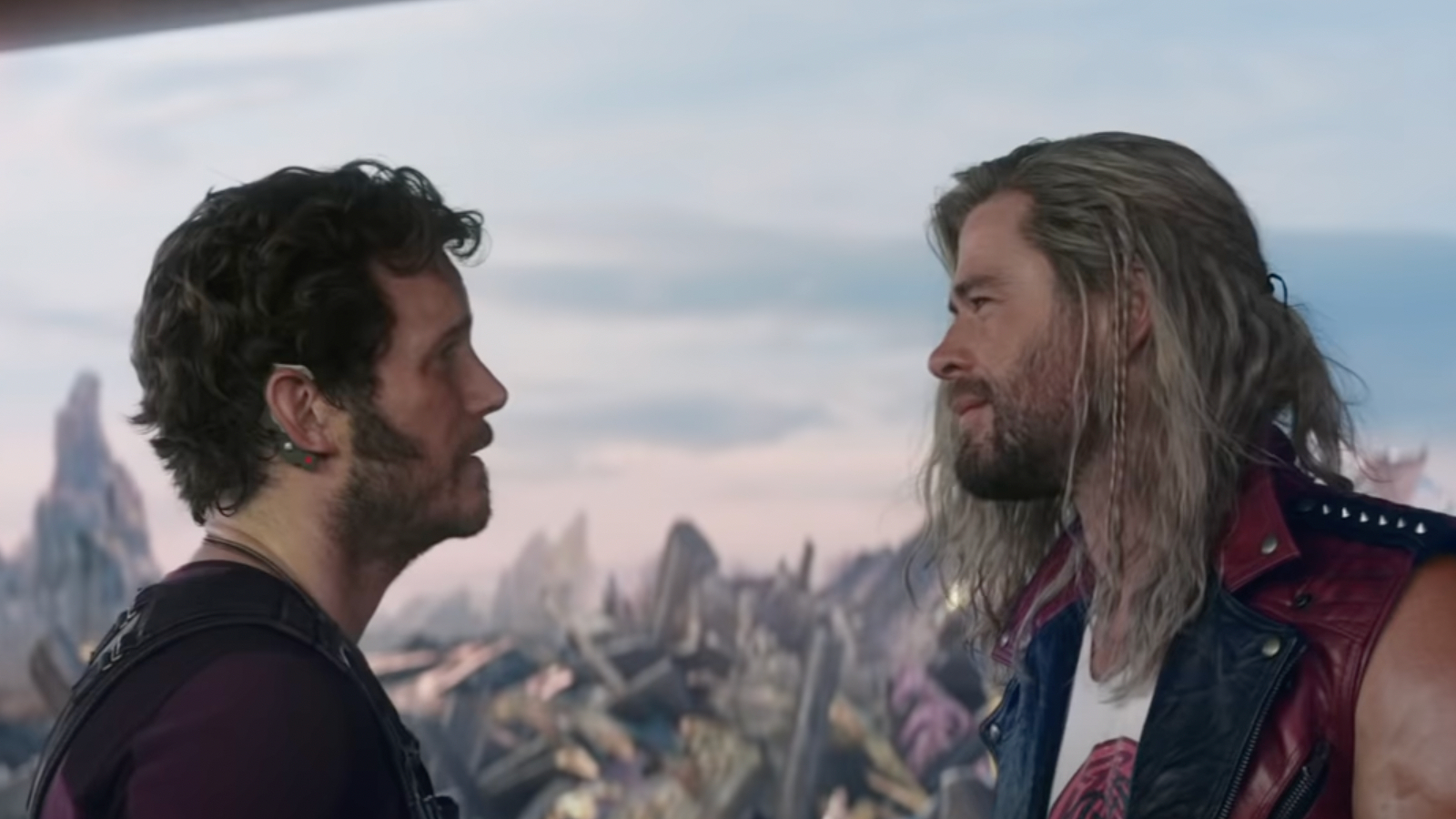 Thor and Star-Lord might have shared a brief but longing look at each other in the new Thor: Love and Thunder teaser trailer, but don’t expect any goo-goo eyes between Chris Pratt and his army of detractors on Twitter anytime soon. Not moments after the trailer appeared today, Pratt’s anti-fans were meme-ing his appearance in the trailer and making an extra special effort to point out the…well, “tension” in the trailer between Star-Lord and Thor but also pointing out that Star-Lord aka Peter Quill is now canonically bisexual in the current Guardians of the Galaxy comic.

Pratt was once the darling of fans and the internet for his portrayal of lovable goofball Andy Dyer on Parks & Recreation as well as lovable goofball but with laser guns in the Guardians of the Galaxy franchise of the MCU. His fan-favorite rating took a downturn following his divorce from Anna Faris and his subsequent marriage to Katherine Schwarzenegger, and his involvement with the controversial Zoe Church in L.A.

Zoe Church is modeled after the controversial Hillsong Church, which was recently rocked by controversies surrounding alleged inappropriate behavior by founder Brian Houston. The Pastor of Zoe Church, Chad Veach, favors a laid-back style of ministry that has attracted many youthful worshippers, but the church has been criticized, notably by actor Eliot Paige, as being homophobic. While both Veach and Pratt maintain that the doors of Zoe are open to all, The Heart of Man, a film produced by Veach and his wife, depicts homosexuality as a form of “sexual brokenness,” according to hitc.com. That being said, allegations regarding Pratt being homophobic seem to be purely speculative due to his association with Zoe Church.

That hasn’t made users on Twitter pull any punches, however, wrong or not.

No word yet on whether the MCU Quill will be portrayed as bi in Love and Thunder. Director Taika Waititi’s first MCU effort, Thor: Ragnarok, featured one of the MCU’s first bisexual characters, Valkyrie, played by Tessa Thompson. Thor’s brother Loki was also revealed to be bi as well.

Fans will have to wait until Love and Thunder‘s release to find out for sure. The movie hits theaters on July 8.

That prompted one respondent to refer to Pratt and the rest of the Asgard squad as the “Assguardians.”

It might be a long journey back for Pratt.