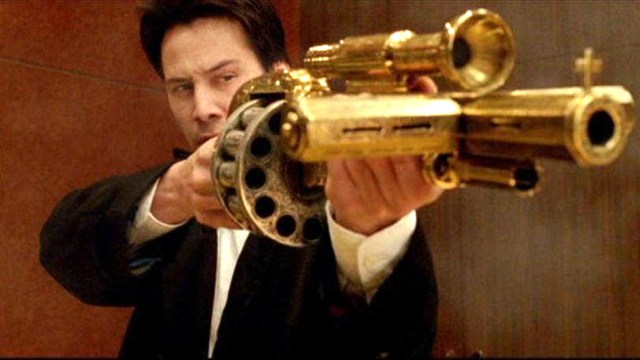 Rewatching Constantine today, it’s easy to forget that the supernatural comic book adaptation is an R-rated movie, because it’s not all that different from the majority of superhero stories and big budget blockbusters that use their heightened realities to get away with pushing PG-13 to its limits.

Director Francis Lawrence has admitted in the past that he toned down his original cut of the cult favorite in order to secure a lesser rating from the MPAA, thus allowing the film to appeal to a broader audience and earn more money. Instead, Constantine was slapped with an R, even if it did manage to bring in a respectable $231 million at the box office.

However, the filmmaker won’t be making the same mistake again, after admitting to The Wrap that he’s planning on making a hard-R sequel if Warner Bros. will allow him to do so.

“The idea is this time, at least for me, is to really go at it and make a real R-rated Constantine which is, I think, what people always wanted originally, not the PG-13 version that just happens to get an R.”

The likes of the Deadpool duology, Joker, and Logan have proven there’s a market for adult-skewing comic book stories to make a massive dent in the box office, and the presence of universally-beloved star Keanu Reeves gives the Constantine follow-up another avenue with which to market itself. 20 years may have passed by the time the second installment eventually comes to theaters, meaning there’s an entire generation out there who may not even be aware of the property.

Let’s hope it happens, then, because allowing Lawrence to push the boat out for real this time opens the door to an unabashedly excessive slice of dark fantasy escapism.