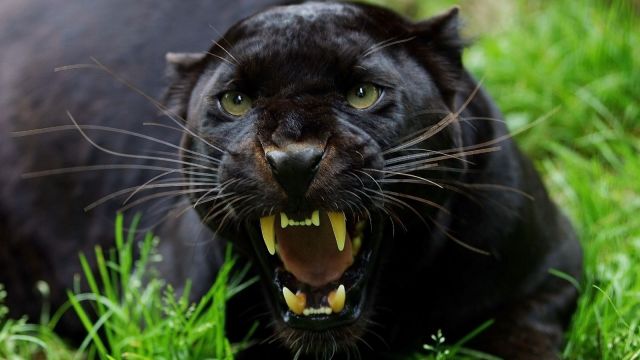 All around the world, Marvel fans are getting themselves hyped up for Black Panther: Wakanda Forever. The much-anticipated sequel is already out in several international territories and lands domestically tomorrow, though fans in Serbia may be running the risk of getting a little too close for comfort with the titular feline.

That’s because, as per Serbian news site Blic, an actual no-kidding black panther may be roaming the countryside. A TikTok video posted yesterday by user tina.mladenovic appears to show the big cat stalking its way through a field near Sonta, a village approximately 40 miles from the Hungarian border.

Now, we don’t know where this video is from, when it was shot, or what exactly it shows, but it certainly looks like a black panther is on the prowl to us. You be the judge:

Yesterday’s sighting is merely the latest in a long line of stories featuring the mysterious cat. The first evidence of its presence in Serbia was a footprint recorded days ago, with experts saying it’s too big to have been made by any native animal. Investigations suggest no zoos in the area are missing a black panther, leading some to theorize that it must have escaped from a private collection.

The panther has popped up across the countryside over the past year, with local police warning residents to stay away as it may be accustomed to humans and ravenously hungry from lack of prey to feed on.

If there really is a black panther roaming the Serbian countryside, it’s got impeccable timing by appearing before the camera just before Black Panther: Wakanda Forever fever kicks off in the country. Maybe Marvel Studios in Serbia should leave a bowl of kibble out to say thanks.