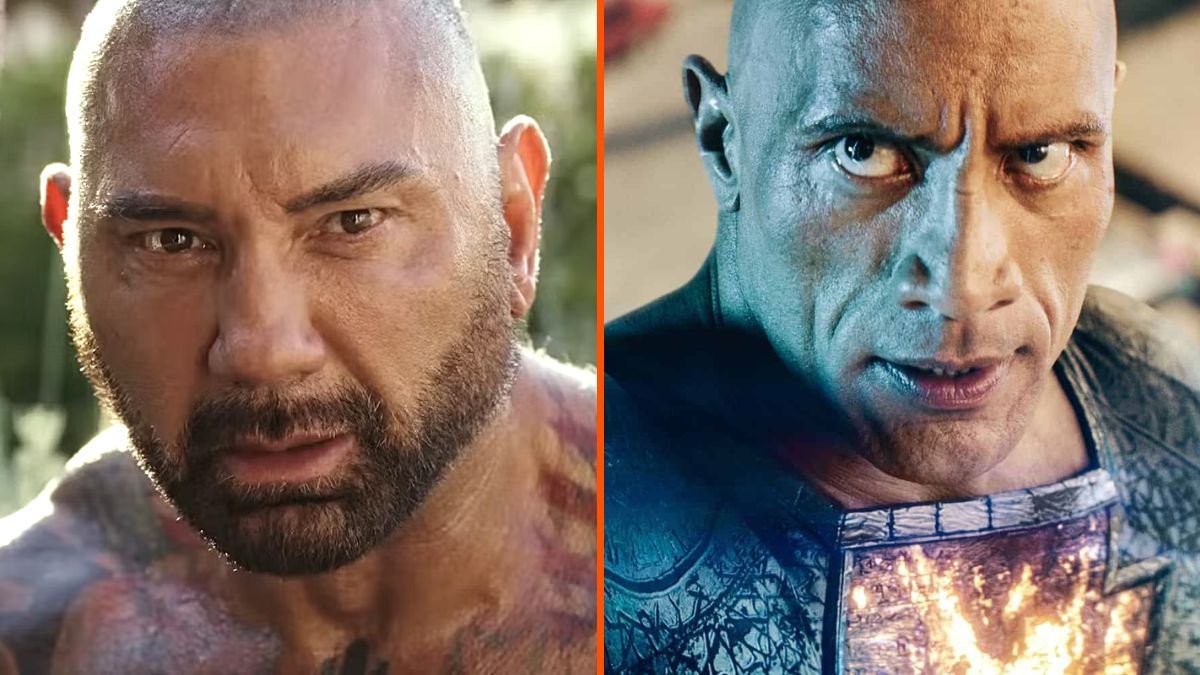 Dave Bautista is officially done with the MCU, and while he recognizes the franchise’s worth, he’s not interested in another Drax type of character. In his own words, he “never wanted to be the next [Dwayne “The Rock” Johnson],” meaning he wants to expand beyond what he believes are “silly” roles.

The ex-wrestler has confirmed, in an interview with GQ, that he will not be returning after Guardians of the Galaxy Vol. 3 and is now turning his attention and time towards “dramatic stuff.” The slight dig at fellow WWE alum has caused quite the stir among fans of both actors, given their incredibly similar professional background and transition from the world of sports entertainment to Hollywood.

While Bautista has tried to diversify his portfolio for the most part with roles in creator-driven projects like Blade Runner 2049, Glass Onion: A Knives Out Mystery, and Dune, Johnson has mostly opted for star vehicles in varying degrees of macho characters.

One of which was his DCU passion project Black Adam, which imploded just as the actor was getting his start in the superhero world. With the MCU now being one ex-pro-wrestler short could The Rock’s path be headed towards his WWE foe’s previous comic book universe?

How Dwayne Johnson could fit into the MCU

Marvel has plenty of projects lined-up that could fit Johnson’s profile perfectly. From the Fantastic Four (The Rock as The Thing, anyone?), to all the possibilities of the X-Men, Johnson could take on a villain role, or even become part of a super-powered team-up. Although none would be as important to him as Black Adam that might not be such a bad thing.

As for the possibility of Johnson taking on the role of Drax, the chances are far slimmer. Bautista has played Drax across seven different MCU installments since 2014, which would make the process of recasting him much more obvious than previous instances, like Don Cheadle taking over Terrence Howard as Rhodey, or Mark Ruffalo subbing in for Edward Norton as The Hulk.

Still, with the multiverse well and truly introduced in the Marvel Cinematic Universe maybe there could be a Drax out there that looks a little different, and all that makeup (that Bautista wasn’t a fan of, by the way) could help, too.

We doubt Kevin Feige and co. would cast someone who Bautista has an obvious grievance with to play a character which the Glass Onion actor put so much of himself in. However, that doesn’t mean that, like an increasing number of actors working today, Dwayne Johnson won’t eventually cross paths with the MCU as he searches for the next big thing to revive his career, after a pretty unflattering past year.