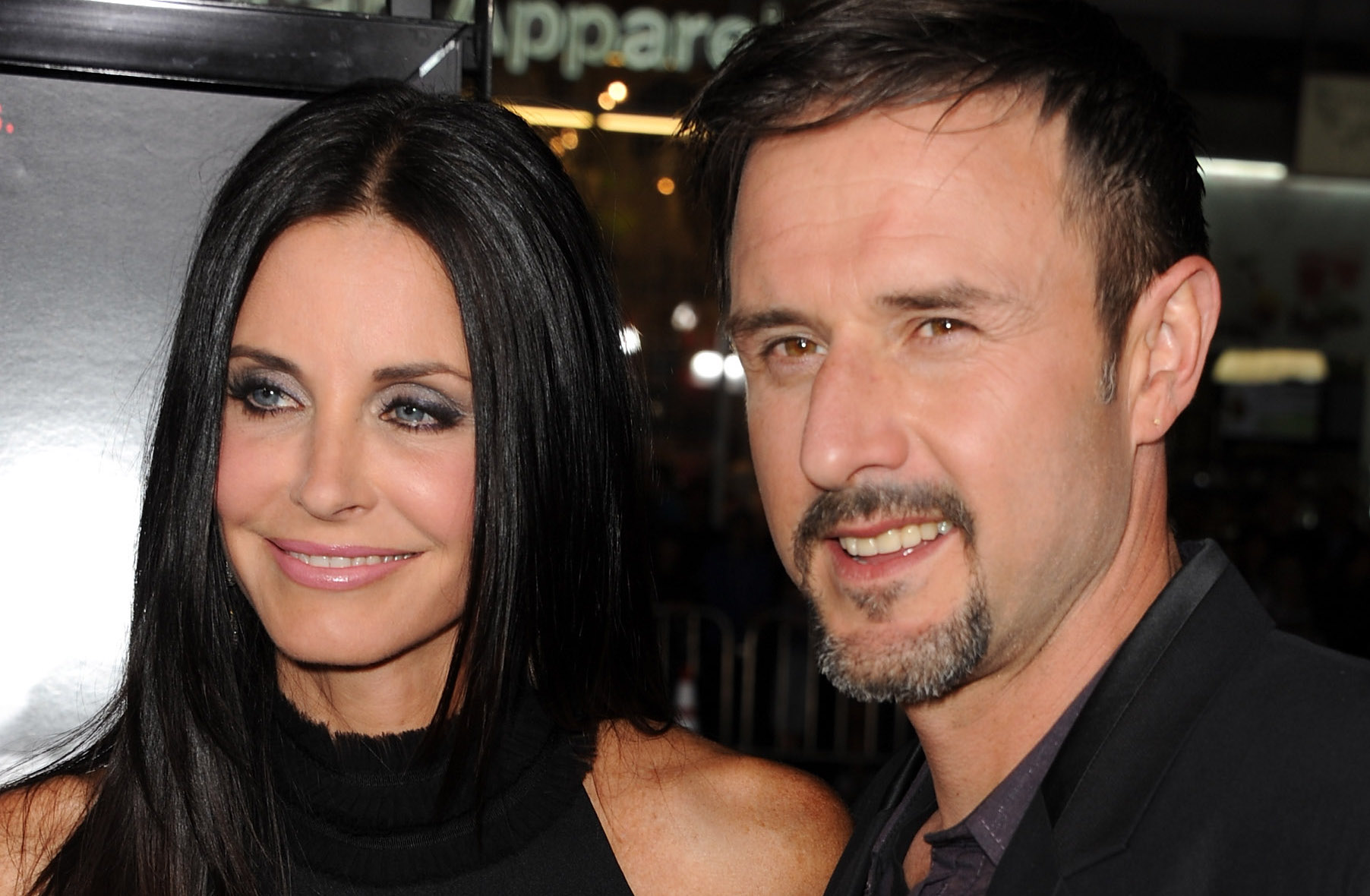 David Arquette revealed during an interview with People Magazine on Jan. 13 that the original Scream director Wes Craven wasn’t just a great director; he was also a great wingman. Craven urged Arquette to ask out his co-star Courteney Cox.

Arquette and Cox, who plays the on-screen lovers in the franchise, originally met on the set of the first Scream in 1996 and later walked down the aisle in 1999. In 2004, the pair welcomed their only child, a daughter named Coco Arquette. Six years later, in 2010, Arquette and Cox announced they were separating ahead of Scream‘s third sequel debut. Arquette and Cox ultimately finalized their divorce in 2013.

While promoting the horror film’s fifth sequel, Arquette told the publication how impactful the late director was in his life. He said, “Wes had a real impact, [He was] like, ‘David, you know she likes you and you should really get your stuff together.’ He gave me a real man-to-man talk, and that had an impact on the course of my life.”

In Scream‘s fifth installment, Arquette and Cox reprise their roles as Sheriff Dewey Riley and reporter Gale Weathers alongside original cast member Neve Campbell. The film takes place 25 years after the brutal and shocking murders that rocked the fictional town of Woodsboro, California. A new killer emerges with the iconic Ghostface mask and begins a killing spree to uncover the town’s deadly past.

The fifth installment of Scream will be released in theaters tomorrow.