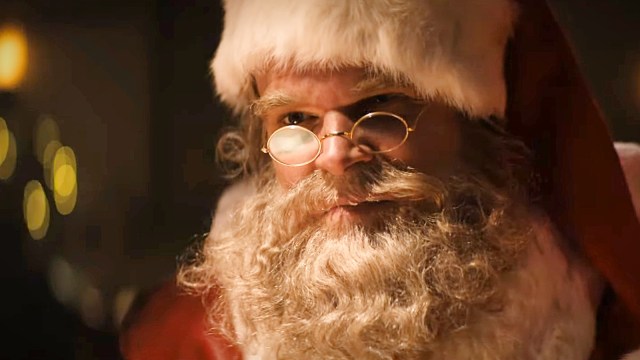 Soon, the world will be treated to the Santa Claus action comedy we did not know we needed with Violent Night. The project lets David Harbour be the jaded and yet wholesome holiday hero, and, he says Santa’s strong side will actually be explained in it.

The 47-year-old makes the comments about the piece coming next month in a new article published by Entertainment Weekly. Essentially, there is a logic to why Kringle will be able to kick ass and it will be believed by those who come out to watch it.

“It’s very trippy. The interesting thing about this movie is Santa’s journey. We get to see a lot of Santa’s origin story, in a certain way. There’s some back story of Santa that we’re gonna get into in the movie, about why he’s able to kick so much ass. … You will believe in Santa Claus again. And you will believe that he’s a violent motherf—er.”

Elsewhere in the report, Harbour says features like Die Hard and Bad Santa are on his nice list for what is worth viewing in the Christmas season. The Stranger Things star also name-checks another piece he says inspired his upcoming turn as the hero with a heart of gold.

In the film, Santa saves a wealthy family from a group of mercenaries on Christmas Eve. It also features John Leguizamo, Alex Hassell and Beverly D’Angelo as the wealthy family’s cruel matriarch. Early reactions are hyping it up, and, apparently, it is something we should all be waiting for and will be able to enjoy with great glee. After its release, Harbour will continue to have a busy schedule. For the entertainer, the final season of Stranger Things is on deck and he will appear in the adaptation of the Gran Turismo franchise in an unknown role and will reprise his Red Guardian in 2024.

Audiences will find experience the Christmas joy when Violent Night arrives on Dec. 2.