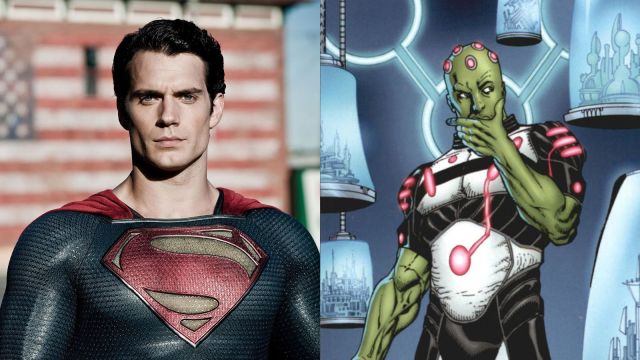 As Man of Steel finally gets an update on its long-awaited sequel, fans have already pitched the perfect villain for Superman to take on.

Everything’s coming up Milhouse for fans of Krypton’s last son, as new reports have emerged of a long-awaited continuation of Zack Snyder’s Man of Steel. The Hollywood Reporter’s insights has suggested a lot of projects are currently in production from Warner Bros., and chief among them is Henry Cavill’s return as Superman.

With the sequel news comes an influx of fan speculation and wish lists for villains, and there’s one very clear frontrunner in fan’s eyes to square up to Kal-El. Never before seen in a Superman movie, it’s Brainiac. Appearing in nearly every animated Superman series to date, he’s well overdue an appearance.

The same report also suggests James Gunn is keen to work on some projects for DC, with fans wanting him to helm Man of Steel 2 and to bring Brainiac to the big screen. Superman feels far from the usual fare for a Gunn film, with the director typically focusing on more out-there properties and handling them with loving irreverence.

As far as other characters are concerned, there’s plenty of hope for Krypto the Super-Dog, and for Kal-El’s cousin Supergirl to appear. Supergirl was the subject of a truly woeful spin-off film in 1984, with Helen Slater portraying her. Slater then returned to the franchise in 2015’s Supergirl series, where she portrayed Kara Zor-El’s mother this time.

Other fan picks for Man of Steel’s follow-up include Metallo as well as Bizarro. In the original versions of Superman III, Bizarro was meant to be the villain and portrayed by Christopher Reeve in dual-roles.

There’s been no concrete date set for the Man of Steel sequel, but it’s likely to cross over to a decade between the original and its follow-up.