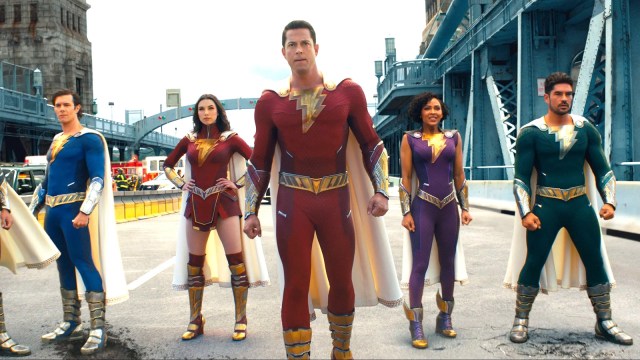 Now that Warner Bros. Discovery has decided to delay both Shazam! Fury of the Gods and Aquaman and the Lost Kingdom, with both movies now firmly slated for 2023, DC fans are letting out a collective groan over what seems like a never-ending string of bad news for their beloved franchises.

It was enough to make one commentator ask, “what the f–k is going on at WB[?]”

“The hits keep coming for DC,” another writer remarked.

Some people were simply confused what the changed release dates mean for the whole Michael Keaton vs Ben Affleck as Batman in the DC Extended Universe, as we thought the former was meant to take up the mantle — again — from the latter.

Another Twitter user could not help but make a joke out of the situation, imagining the child stars in Shazam! 2 would be geriatric by the time the movie premieres on the red carpet.

Not everyone was outright negative about the situation, however, with one commentator calling it simply a much-needed “game plan.”

Another commentator reckoned that the delay of the films may help improve the computer-generated imagery and clear the way for both to become box office hits due to making their debuts release windows with fewer competitors.

Another commentator pointed out that Warner Bros. Discovery CEO David Zaslaov recently remarked how he wouldn’t release a movie until it was ready.

“I honestly don’t blame them and I have patience for this and I understand.”