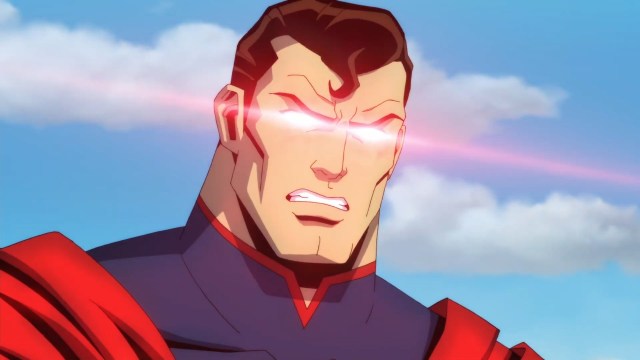 2021’s Injustice should have been a smash-hit. The DC animated movie was adapted from Mortal Kombat developer NetherRealm Studios’ hit fighting games, set in a dystopian universe in which a tyrannical Superman transforms Earth into a police state and Batman leads a resistance against him.

In the game this leads to all manner of strange alliances between heroes and villains and – given that this is a fighting game – a lot of kickass battles. The animated movie loosely adapts it, taking inspiration from both the games and tie-in comics to remix the story. Sadly it didn’t work out, and fans on r/DC_Cinematic are trying to figure out why.

One of the most cutting describes it as a “dud” for the hit and miss DC Animation project, simply pointing to the low quality animation. DC Animation is essentially the extension of what began with Batman: The Animated Series back in the 1990s, though their current projects look objectively worse than that. We assume there’s been some severe budget cuts down the line, as much of the newer stuff is stilted and bland-looking.

Other comments point to the voice acting. On paper, this should be a home run, with Justin Hartley as Superman, Anson Mount as Batman, and Laura Bailey as Lois Lane. In practise? Well, as one reply puts it: “it was like they were reading directly from a script they’d only just gotten.”

But the main point is that the games had already done this story much better and as the cutscenes are effectively animated movies anyway, Injustice becomes redundant. Or, as one poster says:

“Calling that injustice is a slight to the comics and games. It was completely different.”

Perhaps it’s best to just forget about this wasted opportunity. Fortunately, the future should be brighter. Now that Mortal Kombat 11 has wrapped up NetherRealm Studios is rumored to be developing Injustice 3. Let’s hope we get an official announcement soon.