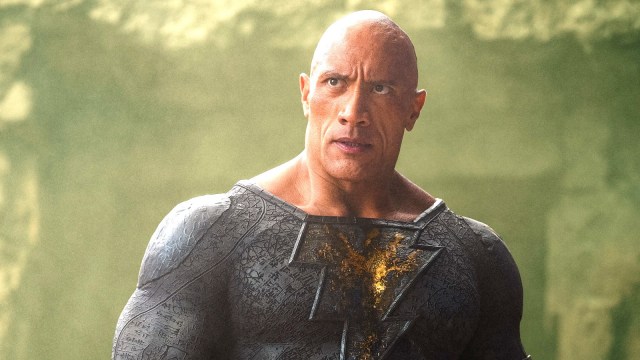 For general audiences, the big draw with Black Adam is having Dwayne Johnson back on the big screen doing his thing, but for DC diehards, the movie’s appeal lies in seeing so many underserved comic book characters finally get their dues in the DCEU. The Rock’s anti-hero will be joined in his first cinematic outing by the Justice Society of America, including Hawkman (Aldis Hodge), Doctor Fate (Pierce Brosnan), Atom Smasher (Noah Centineo), and Cylcone (Quintessa Swindell).

And, while the fandom’s general feelings about Black Adam might be more mixed, from what we’ve seen so far the film has translated the characters from the source material and into live-action with aplomb. The costume designs for Black Adam are impeccable, with Hawkman and Fate, in particular, looking like they’ve walked straight off the page. One Redditor even praised the outfits as “some of the best CBM suits ever made.”

The r/DC_Cinematic community mostly agreed with them… But with one exception. While everyone loves the looks for the rest of the JSA, no one seems to have anything good to say about Cyclone’s uniform.

Harsh words are being shared.

On the other hand, some folks aren’t all that sold on Atom Smasher’s Deadpool-like mask either.

And others are lamenting the loss of Black Adam’s widow’s peak and Spock ears.

On the whole, though, Black Adam continues the DCEU’s tradition of, failing everything else, managing to get its costuming on point.

What is it about the Cyclone suit that rubs fans up the wrong way? Is it the green and purple color scheme? The wavy excess fabric? Or is it just that Cylone, easily the least iconic out of the heroes chosen for the DCEU’s JSA roster, doesn’t have that great a costume to begin with? Either way, hopefully Swindell — who’s been sidelined in the marketing so far — will manage to win over fans where her suit failed when Black Adam slams into theaters this Oct. 21.