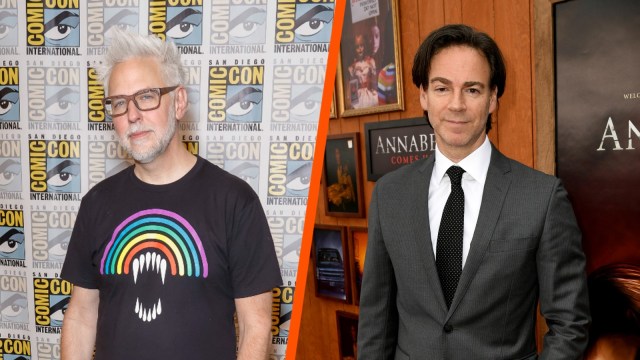 James Gunn and Peter Safran have been promoted by Warner Bros. Discovery CEO David Zaslav as the co-leaders for DC Studios.

This is all part of a restructuring at the studio following the departure of former WB executive Walter Hamada. Not only is Hamada out, but the formerly named DC Films will now be replaced with DC Studios, a brand-new division of WB, according to The Hollywood Reporter.

As co-chairs and co-CEOs of the newly minted DC Studios, Safran and Gunn will lead all things related to DC’s films, TV and animation efforts.

While Gunn made his mark in the movie industry as a writer-director — most recently with the DC Extended Universe show Peacemaker and the forthcoming Marvel Studios film Guardians of the Galaxy Vol. 3 — Safran is known in the industry as a prolific producer for films in the Conjuring universe, among others. More recently, Safran has also produced several DCEU films, such as Shazam!, Aquaman, Gunn’s The Suicide Squad, and the aforementioned spinoff Peacemaker. Safran will also be producing the forthcoming sequels for Shazam! and Aquaman.

THR has characterized the development of Safran and Gunn’s promotions as the replacement for Hamada. All signs point to Zaslav canning Hamada since prior to the new CEO’s reign, reports indicate the executive had re-upped his contract.

It would seem the promotion of Safran and Gunn will now serve as the culmination of WBD’s search for their Kevin Feige equivalent, which was previously rumored to involve WBD eyeing film producer Dan Lin at one point. While both Safran and Gunn will have split duties, they will both report directly to Zaslav. As the THR article explained,

In addition, Zaslav conveyed his excitement about Gunn and Safran’s promotions in a statement:

“DC has among the most entertaining, powerful, and iconic characters in the world and I am thrilled to have the singular and complementary talents of James and Peter joining our world-class team and overseeing the creative direction of the storied DC Universe. Their decades of experience in filmmaking, close ties to the creative community, and proven track record thrilling superhero fans around the globe make them uniquely qualified to develop a long-term strategy across film, TV, and animation, and take this iconic franchise to the next level of creative storytelling.”

In a joint statement, Gunn and Safran also gave a preview for what’s in store for the DCEU’s future, which unsurprisingly involves many of the franchise’s headlining characters:

“We’re honored to be the stewards of these DC characters we’ve loved since we were children. We look forward to collaborating with the most talented writers, directors, and actors in the world to create an integrated, multilayered universe that still allows for the individual expression of the artists involved. Our commitment to Superman, Batman, Wonder Woman, Aquaman, Harley Quinn, and the rest of the DC stable of characters is only equaled by our commitment to the wonder of human possibility these characters represent. We’re excited to invigorate the theatrical experience around the world as we tell some of the biggest, most beautiful, and grandest stories ever told.”

Gunn certainly seems like the kind of comic book nerd that could match Feige’s deep knowledge of Marvel that has stewarded Marvel Studios to find success. In Peacemaker, Gunn famously inserted many Easter eggs related to obscure DC characters, such as Matter-Eater Lad. Might a Bat-Mite movie be in the near future, now that Gunn is co-piloting DC Studios? Only time will tell.

Safran and Gunn’s promotions go into effect on Nov. 1.