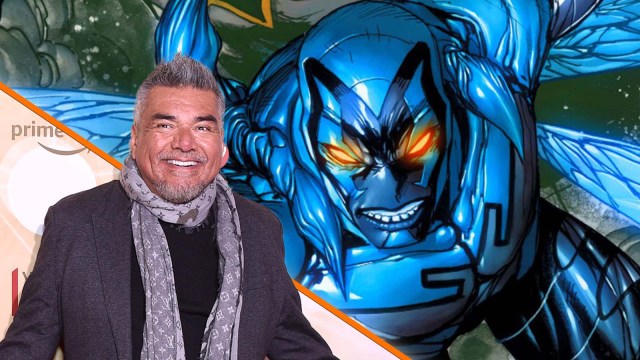 While the D.C. Comics film slate has been in flux, things are on a new path forward, and some projects have survived the purge. The Blue Beetle movie made the cut, and it’s scheduled to release next year. It may even have Batman in it, though this is not yet an official thing.

Star George Lopez (who plays Rudy) made comments about the Dark Knight showing up in the story of Jamie Reyes in a new episode of the Off the Dribble: The Byron Scott Podcast. Lopez added that, aside from the initial offer, there are lines in his contract for 10 more appearances. He then said a version of Bruce Wayne or another character may be under the cape and cowl in the piece, but adds an important caveat to this comic story possibility.

Specifically, he does not know for sure.

Lopez has not clarified his remarks as of this story’s filing, and it appears director Angel Lopez has not either. Several scenes in the movie will be entirely in Spanish. Lopez has confirmed that despite the turmoil at Warner Bros. Discovery, the company fully supports the project. Aside from Lopez, it will feature Xolo Maridueña as Jaime/Blue Beetle and Susan Sarandon as Victoria Kord. Harvey Guillén of What We Do in the Shadows fame is also appearing, but exactly what he will be doing has not been disclosed. In the comics, there have been multiple Blue Beetles, and he first appeared as Dan Garrett way back in Mystery Comics in 1939, so that could be a possibility.