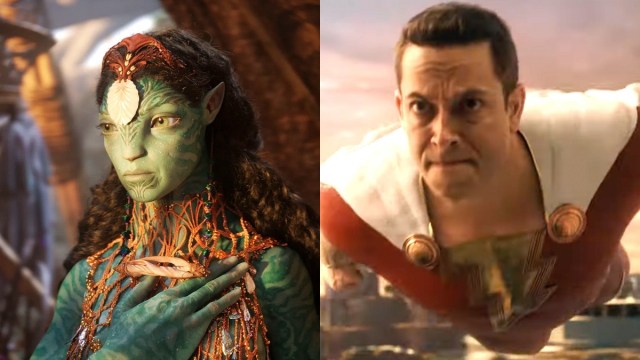 The sky is blue, water is wet, and Warner Bros. will do something to irritate DCEU fans. Those are three undeniable facts of life, with the latter being reinforced yet again after Shazam! Fury of the Gods and Aquaman and the Lost Kingdom were delayed once more.

James Wan’s underwater adventure has been kicked all the way back to December, with David F. Sandberg’s candy-colored cacophony of ass-kicking occupying the vacant slot in March of next year. As a result, James Cameron’s long-awaited Avatar: The Way of Water has December 21 all to itself, which is probably for the best.

Sure, fans have spent years claiming that nobody’s interested in seeing a second opening of Pandora’s box, but you’d have to be an idiot to write off Cameron. Sure enough, as disappointed as folks are that Shazam! has bailed to next year, they also completely understand why going up against the Avatar juggernaut may not have been the smartest business decision.

Should Avatar even earn half as much money at the box office as its predecessor, then it’ll be one of the highest-grossing movies in history. It sounds nuts when you say it like that, but with the first sci-fi spectacular gearing up for a re-release ahead of The Way of Water‘s impending arrival, Cameron’s luscious environmentally-conscious epic is only going to stretch its lead further as the biggest hit in cinema history.

That in turn will only drum up more buzz for the sequel, so Shazam! has likely made a very wise call in abandoning ship and seeking out pastures new.