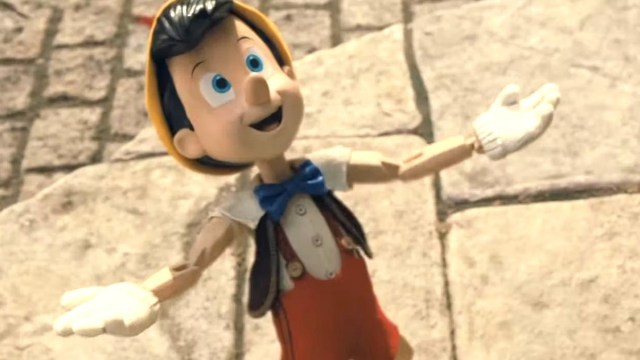 Disney Plus Day has delivered a ton of new content to the Mouse House’s streaming platform, from the streaming debut of Thor: Love and Thunder to Brie Larson’s new docuseries Growing Up. The supposed jewel in the crown of today’s celebratory offerings, though, is Pinocchio, the “live-action” remake of the studio’s beloved 1940 animated classic. Unfortunately, the movie’s opening Rotten Tomatoes score is now here, and if you said it doesn’t put you off at least a little, your nose would be growing.

With the film now out there for all to see, the Pinocchio remake has officially opened to a decisively rotten score on Rotten Tomatoes. At the time of writing, it’s sporting a paltry 33 percent on the back of 58 reviews. Unfortunately, audiences aren’t enjoying it much more than the critics, with RT users awarding it just 45 percent. Clearly, when you wish upon a star, dreams don’t always come true. You lied to us, Blue Fairy.

On paper, the odds were stacked in Pinocchio‘s favor. Coming from legendary director Robert Zemeckis, the movie brought Tom Hanks back into the Disney fold, in the role of the eponymous puppet boy’s father Geppetto. The terrific cast also includes the likes of Cynthia Erivo, Luke Evans, and the voices of Joseph Gordon-Levitt and Keegan-Michael Key. But then getting A-grade talent behind and in front of the camera has never been the problem for Disney’s remakes. It’s finding a creative decision for the new version to exist that’s the real tricky part.

That’s definitely the case here as early reactions labelled Pinocchio as unnecessary and a “copy and paste” of the original but lacking much of the charm and imagination. If you’re looking to relive the adventures of Pinocchio this weekend, then, you might be better off digging up the animation on Disney Plus instead.