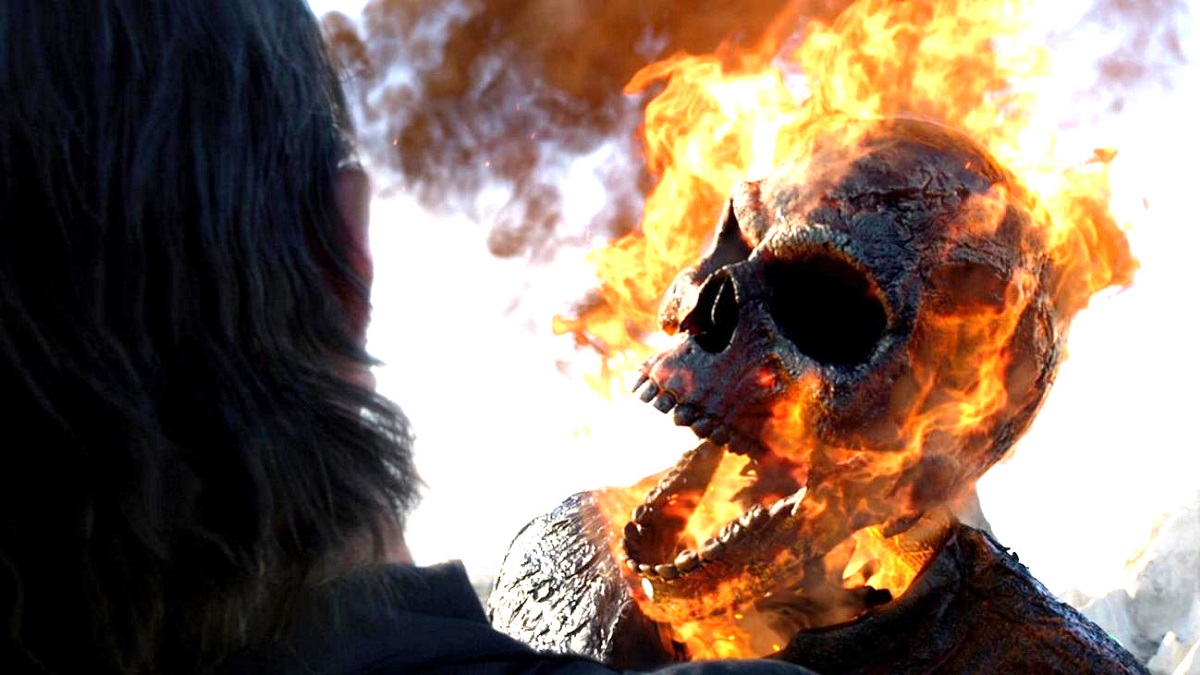 Marvel Studios have held the rights to Ghost Rider for almost a decade, with the flame-headed antihero first falling under the purview of Kevin Feige’s outfit back in May of 2013, but the architect of the world’s biggest film and television franchise hasn’t been all that interested in utilizing them.

It was Marvel Television who dusted off the character to drop Gabriel Luna’s Robbie Reyes into Agents of S.H.I.E.L.D., but the planned spinoff series for the longtime fan favorite was eventually nixed. However, given the increase in supernatural shenanigans to have started infiltrating the mythology in Phase Four, the chances of seeing the Spirit of Vengeance back on our screens continues to increase.

Doctor Strange in the Multiverse of Madness is without a doubt the spookiest thing we’ve ever seen from the MCU, and you can see from the reactions below, Sam Raimi’s stylish sequel has only increased the calls for Ghost Rider to rev into the shared saga as soon as possible.

It hasn’t been anywhere close to confirmed, but a lot of MCU supporters are operating under the impression that the Midnight Sons are on the way, especially when Moon Knight star Oscar Isaac keeps repeatedly teasing that he’d love to see it happen.

Throw in Benedict Cumberbatch’s Stephen Strange, Mahershala Ali’s Blade, along with those Elsa Bloodstone rumors, and there’s absolutely no reason why Ghost Rider won’t be a part of the crew should the team eventually be banded together to battle threats from dimensions we can only dream of.