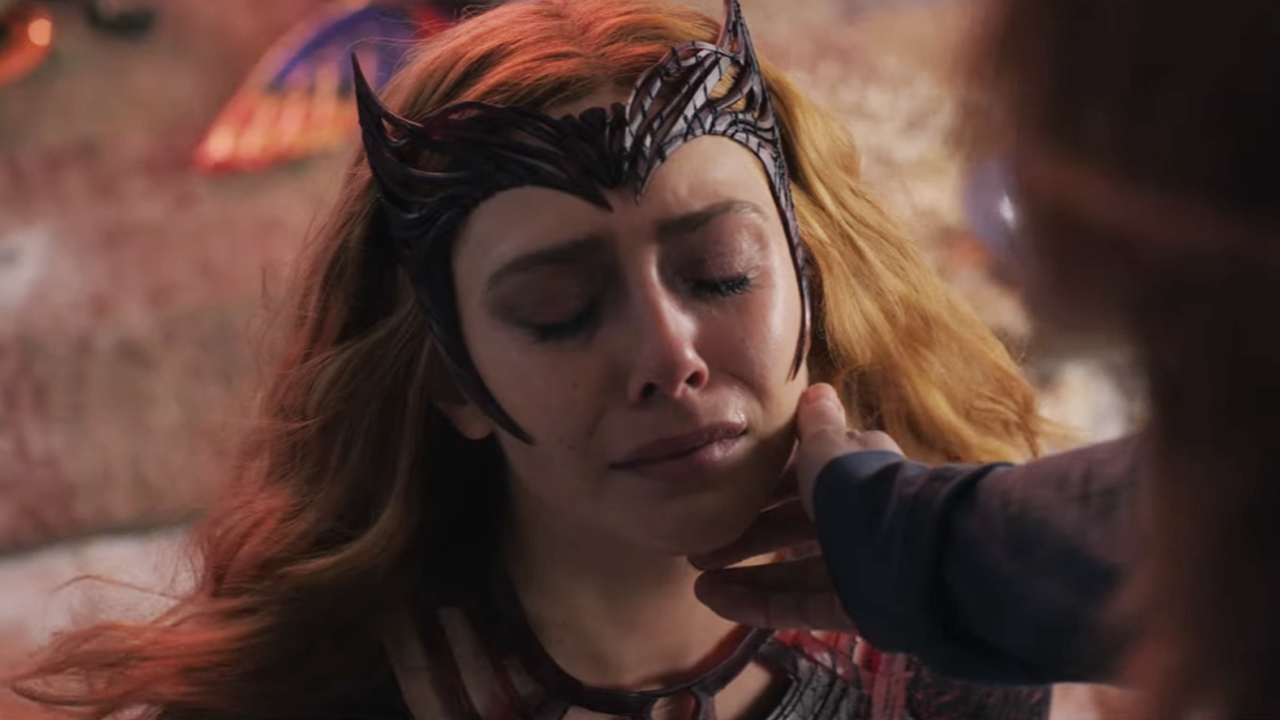 The latest trailer that fans have received for Doctor Strange in the Multiverse of Madness was full of surprises and hints at bigger things to come when it finally launches in theaters. While minor details were outweighed heavily by huge reveals, one thing fans have noticed is that Wanda may be returning to Westview once again.

Towards the end of the new footage, we see Elizabeth Olsen’s Wanda Maximoff on her knees with another version of herself standing in front of her. While there is a ton going on in this scene that isn’t clear right now, avid fans have realized the house looks almost identical to the one that Wanda and Vision were residing in during the WandaVision Disney Plus series.

While some of the furnishings differ, the structure of the house is identical but what’s grimmer is the fact that you can see a pair of scooters near the base of the staircase likely belonging to her two children Billy and Tommy.

It’s likely that this house is the same as her home in Westview but across the multiverse where a different Wanda lives with her family that may still be in existence. As we know from the end of WandaVision, Wanda’s next goal was to be reunited with her children whatever the cost.

There is plenty that doesn’t quite make sense about this scene or most of the trailer for that matter, but fans will get a look at all the movie has in store when it launches on May 6.