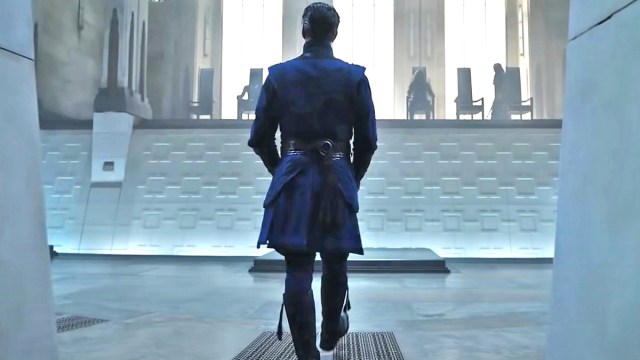 One of the biggest talking points to emerge from Doctor Strange in the Multiverse of Madness was the appearance of the Illuminati, but the conversation hasn’t been of an entirely positive nature.

For one thing, the leader of the Fantastic Four basically told Scarlet Witch how to kill the Inhumans figurehead, and naming Stephen Strange as the single greatest threat to the multiverse didn’t pan out as being terribly accurate when Wanda simply burst into their top secret headquarters and murdered them all with the greatest of ease.

With that in mind, fans have been debating whether or not the Illuminati got it right in regards to the one-time Sorcerer Supreme being the most dangerous being in every reality, or if it was just another epic cock-up from a super-team who hardly lived up to their reputation.

With well over 200 comments and counting, it looks as though everyone’s got an opinion, but the most popular replies would appear to have the general consensus leaning in favor of the Illuminati being correct. The top-voted comment with close to 2000 likes outlines that 616 Wanda is the only bad apple in the bunch we know of, whereas every universe’s Stephen Strange ends up causing irreparable chaos, and that’s a point very hard to argue with.