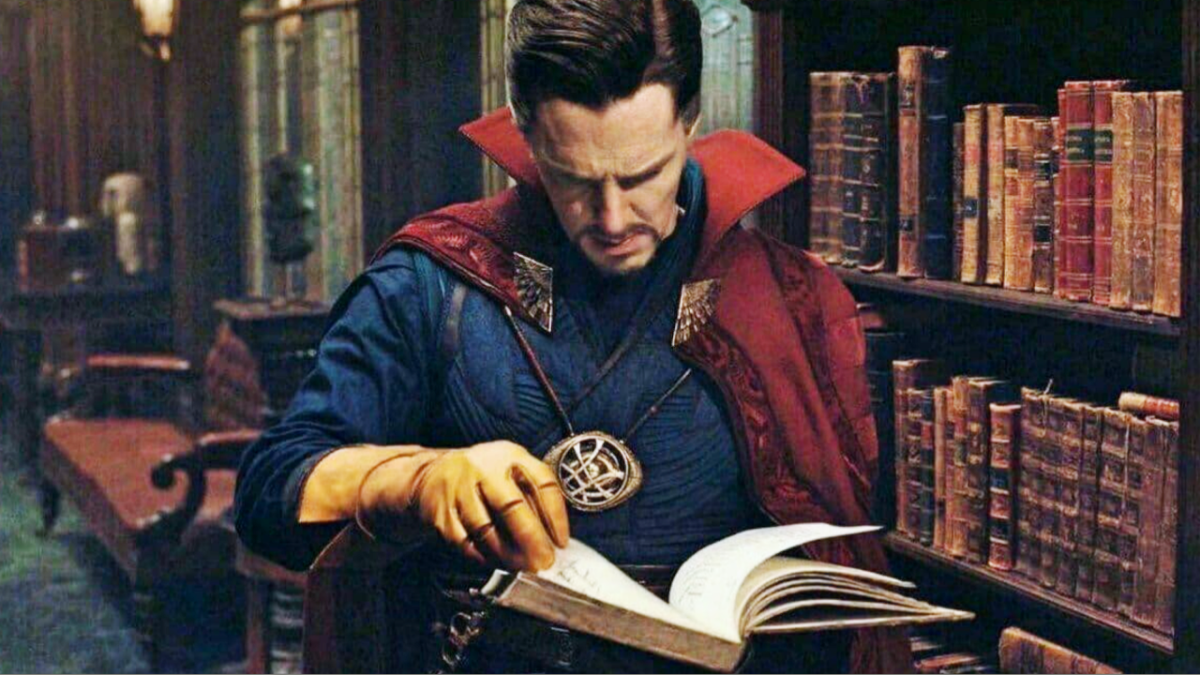 Doctor Strange is one of Marvel’s most iconic superheroes, and his cape, blue suit, and the Eye of Agamotto around his neck comprise one of the most recognizable costumes in the MCU. Recently, his ensemble made waves on Reddit when some observant Redditors pointed out an aspect of Strange’s costume that’s curiously missing: his gloves.

In the comics, Strange wears a pair of yellow gloves at all times, but in the movies, the gloves have only made one appearance so far. In Thor: Ragnarok (as well as the post-credits scene of Doctor Strange), Strange wears the gloves during an encounter with Thor and Loki. If the gloves are such a big part of the character’s costume in the comics, why does he only wear them in one film?

As expected, Reddit quickly came up with reasons, both serious and silly. The top comment pointed out the glove’s resemblance to dish-washing gloves.

The dish-washing theory is popular; another user said it was obvious Thor caught Strange while he was finishing up some chores in the kitchen.

Others pointed out the gloves could also be missing thanks to the Snap.

Another user makes a good point: the gloves could make it difficult for Strange to use the sling ring.

The most realistic reason came from u/Rickirontran, who assumes the gloves were only used so scar makeup wouldn’t have to be added to Benedict Cumberbatch’s hands. It makes sense; if Cumberbatch wasn’t going to be on set very long, the makeup artists might have chosen to give Strange the gloves to both save time and and money. It’s an added bonus the gloves are an easter egg for fans of comic Strange’s costume.

Aside from making the lives of Marvel makeup artists easier, there’s a canon reason Strange doesn’t wear the gloves in the movies. In his first film, 2016’s Doctor Strange, Strange gets into a serious car accident that leaves his hands scarred and severely damaged, effectively ending his career as a celebrated neurosurgeon. Thanks to this incident, Strange embarks on a journey that ultimately ends with him becoming the hero he is today. His scarred hands serve as a reminder of his past and how far he has travelled and wearing the gloves would detract from all that character development.

There’s also a practical reason the gloves are missing from Strange’s ensemble: they look silly on screen. Some aspects of the comics don’t translate well in film and the gloves give Strange a comedic effect (as evidenced by all those dish-washing comments). This look works well for a movie with a more humorous tone like Thor: Ragnarok but wouldn’t work nearly as well in something like Multiverse of Madness.

We can’t be sure we’ve seen the last of the gloves, but Strange is still a Marvel icon with or without the accessories. While they are an important part of his comic costume, we think the former neurosurgeon is just fine without them in the MCU.