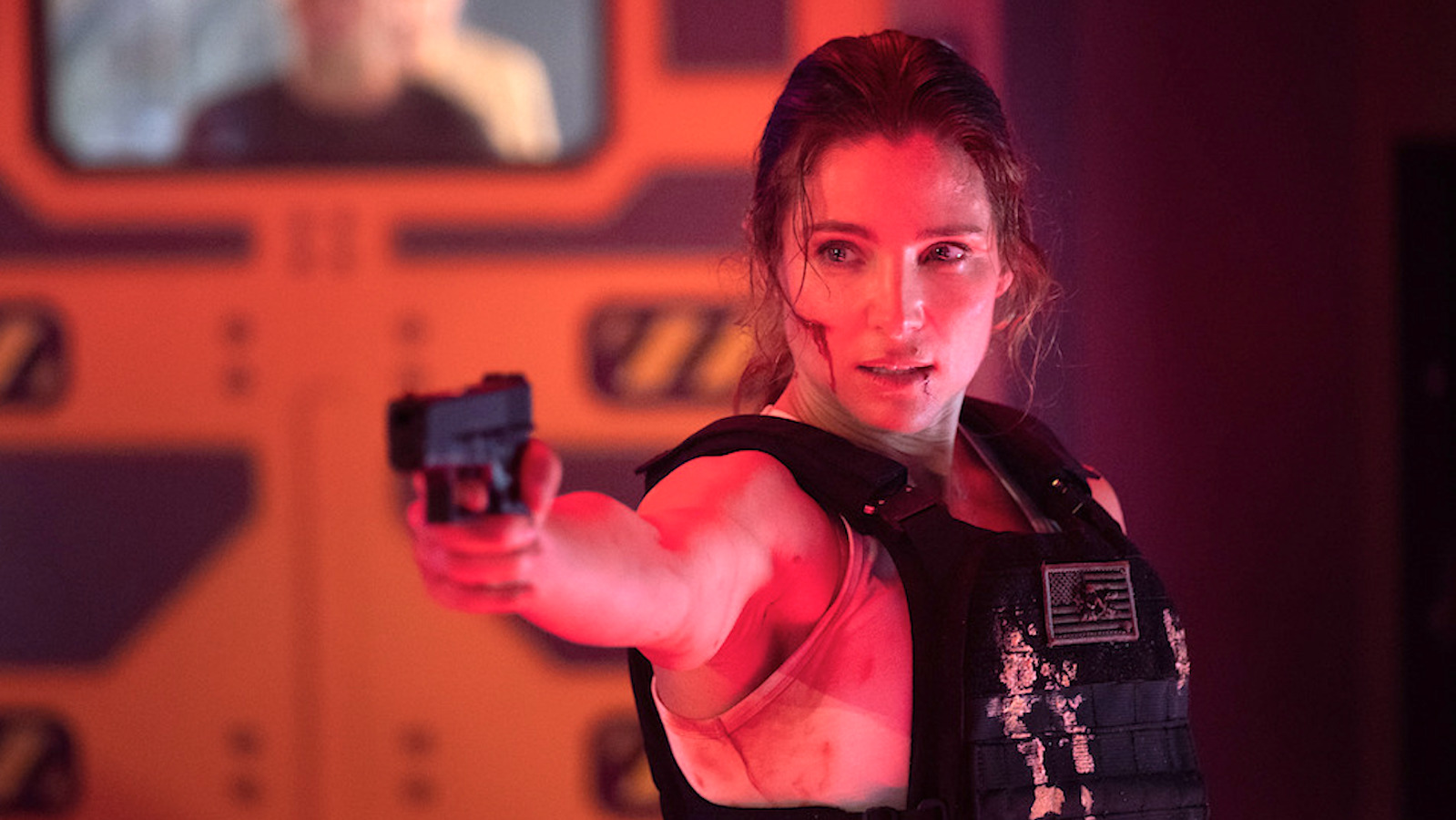 It’s true: The world would love to see nothing more than husband-and-wife duo Chris Hemsworth and Elsa Pataky team up for a movie together. When it was revealed that Hemsworth would serve as the executive producer of Interceptor, Netflix’s action movie in which Pataky is the star, it seemed like we were one step closer to such a reality.

Interceptor sees Pataky’s character, Captain J.J. Collins, fight the clock to stop a mercenary band of domestic terrorists led by U.S. traitor Alexander Kessel (played by Luke Bracey) in their attempt to coordinate multiple remote missile attacks on various cities across the nation. The movie was spotlighted at this year’s Geeked Week, where it was revealed that Hemsworth might have played more than just an executive producer role in the movie.

Does Chris Hemsworth make an appearance in Interceptor?

He sure does. Hemsworth appears as an electronics store worker about halfway into the movie, right around the time that Kessel is making a public broadcast to the American people about his plan to eradicate entire cities. Hemsworth sports a very familiar beer-belly and long hair in the film, although his accent is very American. His appearance resembles that of his God of Thunder counterpart, and just like Thor, Hemsworth provides some levity to the already heavy movie, if only briefly.

In his scene, Hemsworth attempts ⏤ and fails ⏤ to sell a big-screen TV when he’s interrupted by Kessel, who is hell-bent on blowing up much of America’s population. He’s the only person in the electronic store who doesn’t freak out after Kessel’s announcement, and we wish we could say it’s because of his level-headed, calm demeanor.

Like most of his other comedic roles, Hemsworth’s character has an air-headed charm about him, sporting a goofy grin and playful personality. He graces the screen only a couple of times throughout the movie, once in which he tries to sell a TV, once in which he adorably cheers on his wife’s on-screen character, and lastly in the end-credits scene. Like the Marvel movies he’s famous for, he is the last face we see in the movie, popping up in the end credits to give us one final laugh.

In another heartwarming gesture, Hemsworth publically supported his wife on Instagram, saying “My wife’s film Interceptor is kicking ass all the way to number 1 on @netflix!!”

There’s much to love about Interceptor, which currently holds a 26 percent audience score on Rotten Tomatoes, and also much to gripe about. Hemsworth’s part is too minor to affect the plot in any which way, but it does expand the movie’s universe to include one of our favorite actors currently working in Hollywood, and for that, it gets a thumbs up.