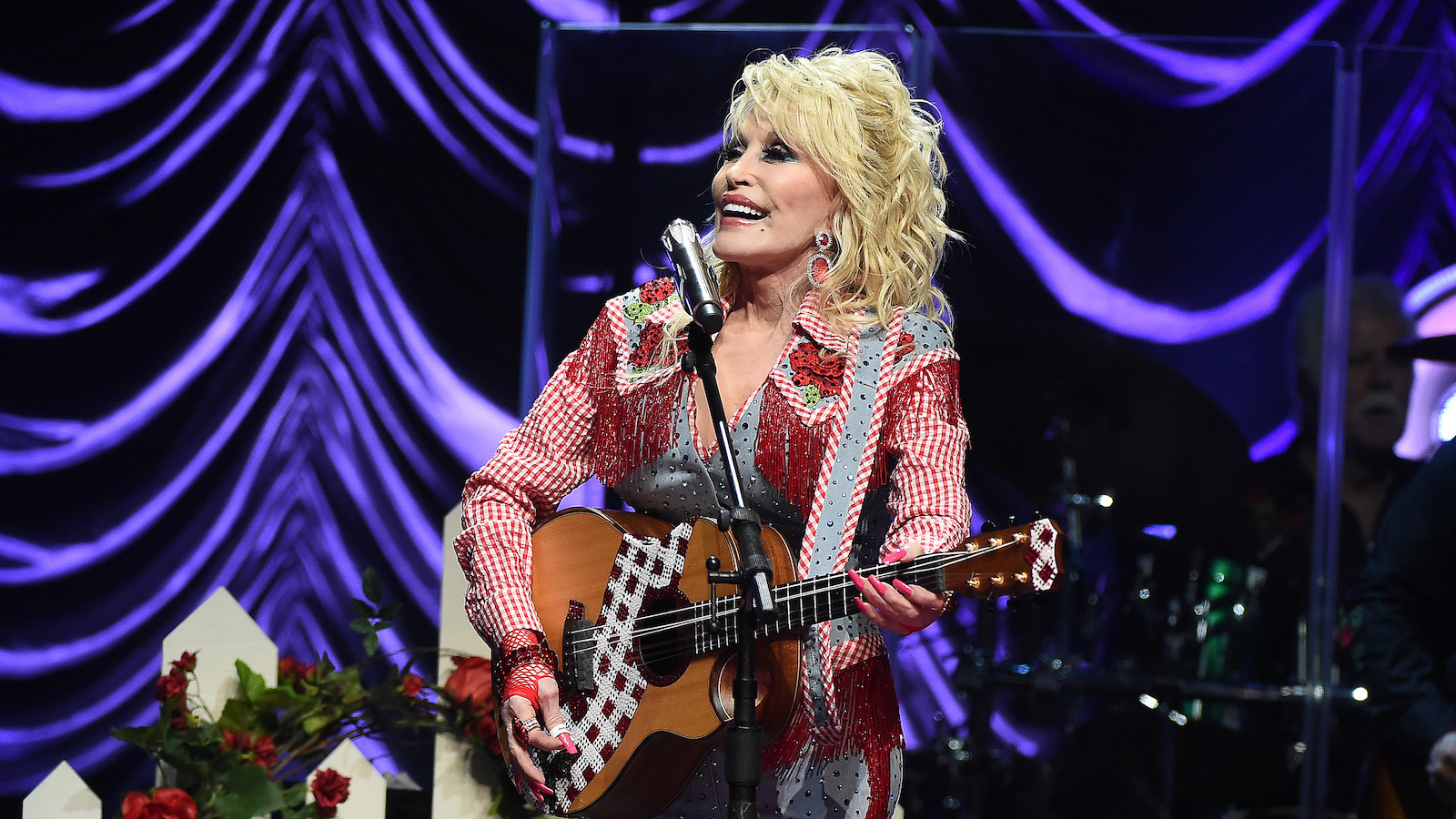 Photo by Micelotta/PictureGroup for BCL

The Dollyverse is expanding. A week after releasing the novel they co-authored, Run, Rose, Run, Dolly Parton and James Patterson took the stage in Austin, Texas on Friday night, announcing its upcoming movie adaptation.

Austin resident Connie Britton moderated the conversation at ACL Live with the demeanor of a fun, tipsy aunt, with the two collaborators ribbing each other throughout the chat. After their chat, Dolly took the stage to perform a few of her biggest hits and some songs from the novel’s companion album. Patterson left the singing to his collaborator:

She’s already warned me never, ever to sing again. I said, ‘I sang in a church choir.’ She said, ‘It must have been a really bad choir’

He did don a rhinestoned blazer courtesy of Parton’s stylist, though, to take to his first Dolly Parton concert. Though Blockchain Creative Labs put on the event, thankfully, did not linger on or explain the NFT posters available via VR codes throughout the building.

“This event is being livestreamed on the blockchain!” shrieked Britton. “THE BLOCKCHAIN!”

And that was that.

Patterson and Parton discussed their collaboration, which seemed to come about naturally. “We made the deal right there in the office, no lawyers, no agents, no nothing,” said Patterson. “We just did it.”

Patterson, who has written over 200 novels, worked at a perfect pace for the woman who wrote “Jolene” and “I Will Always Love You” on the same day. A couple days after the handshake deal, Parton had lyrics ready for seven songs on the soundtrack.

The mystery novel centers on AnnieLee, an aspiring singer-songwriter, with Parton and the prolific author taking their inspiration from the music industry in Nashville. Because this is a James Patterson book, things go very awry for her. “Dolly made it creepy,” the author joked.

It really gives you an insight into kind of the business and the inner workings of rock and roll, behind the scenes…the bad people and the good. One of the songs that I wrote is called “Snakes in the Grass.” You better watch your ass.

Parton says they spoke to around 40 people trying to find the right home for the film adaptation and ended up going with Hello Sunshine, owned by Reese Witherspoon, a longtime friend of Parton’s. “An incredible Nashville girl,” added Britton.

Patterson won’t be writing the screenplay, however. “Hollywood and I, I don’t know if it’s a good mix,” he explained. The project is still in its early stages, so it remains to be seen who will be taking on that task.

Parton, whose Imagination Library gives free books to kids, says she always thought she’d be older when she wrote a novel, but now that the first one’s out of the way, her literary career may just be getting started.

God has been really good to me and he surrounded me with great people and I get a lot of credit for a lot of hard work that other people do. But I’m always glad to be part of something good, and I keep trying to do that.

Here’s the setlist for the night, not including Parton leading the whole theater in singing Happy Birthday to Patterson.

Run, Rose, Run the album and book are available now.