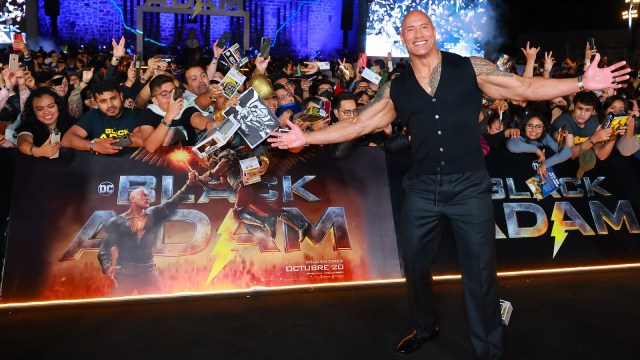 It goes without saying that Dwayne Johnson doesn’t make movies to appeal to critics, with the A-list superstar having built his brand almost entirely around crowd-pleasing blockbusters, so it’s no surprise that Black Adam has become the latest to split opinion down the middle.

What’s interesting, though, is the sheer size of the discrepancy. If we look at the actor and producer’s last three major starring roles, it’s eye-opening to see the vast difference in opinion between both sides of the divide. Disney’s Jungle Cruise, Netflix’s Red Notice, and the DCEU blockbuster currently hold underwhelming Rotten Tomatoes scores of 63, 36, and 41 percent.

However, the user ratings for the trio of big budget epics are significantly higher at 92, 92, and 90, so it’s clear that The Rock is living up to his end of the bargain when it comes to making smash hits that audiences are going to love. Black Adam has been sending superhero supporters crazy since opening on Friday, and the man himself has taken to Twitter to celebrate the outpouring of adulation.

While it would be nice to see Johnson stretch himself a little more when it comes to choosing his projects, it’s impossible to deny that his methodology works. Folks want to see the 50 year-old kicking ass and taking names with a twinkle in his eye, and based on his track record of success at the box office, it’s a process that benefits both parties – with critics left out in the cold as a result.