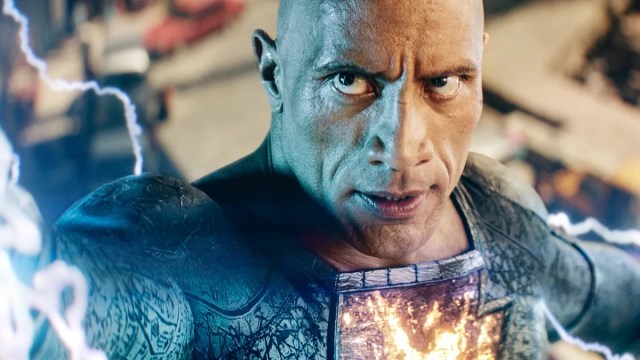 Producer Hiram Garcia may have voiced his frustrations at the Black Adam post-credits scene being spoiled for audiences ahead of time, but he doesn’t really have a leg to stand on when star Dwayne Johnson and studio Warner Bros. were more than happy to shout it from the rooftops prior to the DCEU blockbuster’s release.

Based on the early numbers, it would appear that the buzz is set to be translated into box office dollars, which will be a relief to the top brass at both WB and Seven Bucks after they’ve spent almost the entirety of the press circuit tantalizingly teasing the future of the comic book franchise with Teth-Adam in the eye of the storm.

Obviously, the biggest talking point coming out of the film is the return of Henry Cavill’s Superman, who looked to have been exiled from the DCEU by the old regime. After all, the actor was replaced by a faceless double in both Shazam! and Peacemaker, he didn’t shoot any additional footage for Zack Snyder’s Justice League, and he hadn’t even suited up and stepped either on a set or in front of a green screen as the Man of Steel since the summer of 2017 when Joss Whedon’s infamous reshoots called it a day.

Having previously revealed he spent years trying to get Cavill in Black Adam, and then said the post-credits stinger could be removed if it didn’t test well with audiences, Johnson admitted to The Playlist that the entire situation was making his blood boil until it was resolved.

“So, you know where I’m going with this at the end of our movie when we reintroduce someone who has been inexplicably missing – by the way, and it’s been pissing me off that he’s been on the sideline for five years. But yeah, we reintroduce him back into this world. They both acknowledge each other. And now, moving forward, that is an indicator of where we can all go, not just those two together. I mean just this fact that it’s all possible by listening to the fans. So I’m happy that we were able to deliver on that one too.”

Johnson and Cavill are friends, share the same management, and are both wildly popular costumed DC crimefighters with biceps for days, so it was only a matter of time before they crossed paths onscreen, even if a corporate merger ended up serving as the catalyst for the meeting of DC behemoths.